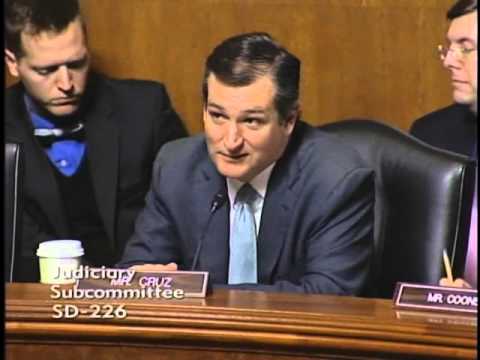 Cruz repeatedly pressed Mair to address satellite data that found an 18-year pause in global warming, countering the Sierra Club’s claim of a warming trend. He asked the green group to retract its assertion that the “planet is cooking” in light of scientific evidence suggesting the opposite.

Mair stonewalled the question each time, answering only that his group supports the “97 percent of scientists that say the exact opposite.”

“So if the data are contrary to your testimony, would the Sierra Club issue a retraction?” Cruz asked.

“Sir, we concur with the 97-percent scientific consensus with regards to global warming,” Mair responded.

The two battled back and forth in a contentious exchange until Cruz concluded in frustration that Mair was unwilling to rescind his claim.

“You know, Mr. Mair, I find it striking that for a public policy organization that purports to focus exclusively on environmental issues, that you’re not willing to tell this committee that you would issue a retraction if your testimony is objectively false under scientific data,” Cruz said. “That undermines the credibility of any organization.”

In Case You Missed It:  Spending as If There Is No Tomorrow
Posted in Cruz and tagged Congress, Conservatism, Foundry, Freedom, Global Warming, Governments, Sen Ted Cruz, United States.

EU Prepares to Deport up to 400,000 Migrants in Leaked Plan

The EU plans to deport hundreds of thousands of migrants within a matter of weeks by creating a new border...