Virtually all mass public shootings take place in gun-free zones, and Thursday’s attack was no exception. If the media more regularly reported when a shooting occurs in a gun-free zone, more people would realize that gun-control laws don’t deter criminals who are looking for select targets where people can’t fight back. More Americans would come to feel that gun ownership makes them safer.

Oregon law does allow permitted concealed handguns on school property. The New York Times, Media Matters, and others have been quick to pounce on this fact. What has been ignored, however, is that public educators in Oregon have undermined the law by putting bans in faculty and student handbooks.

There may be no criminal sanctions for violating the ban, but faculty face termination and students risk expulsion. Those are life-altering penalties. Faculty members undoubtedly won’t get another academic job if they committed a firearms violation. Expelled students are very unlikely to be admitted into another college.

Only people unaffiliated with the college can carry on campus. But even they are subject to a 2011 Oregon appeals court decision that allowed schools to ban guns in their buildings.

What all these rules mean is that no potential victims — students, faculty, or those unaffiliated with the college — were able to defend themselves in the classroom where the attack occurred.

Some point to the one student, a veteran, who news reports noted still carried his gun despite the college’s warnings, as evidence that the school wasn’t a gun-free zone. Unfortunately, he was far removed from the attack.

Mark Kelly, founder of the gun-control group Americans for Responsible Solutions, was asked on CNN last Sunday about the Oregon college being a gun-free zone that “might attract bad guys.”

Kelly claimed that less than 15 percent of mass shootings have occurred in a gun-free zone. But Kelly was relying on a study sponsored by anti-gun advocate Michael Bloomberg that based its numbers on whether newspaper articles mentioned if a shooting occurred in a gun-free zone. That isn’t very useful. The media haven’t cared about this fact. Determining a more precise number requires a lot more research.

What motivates mass public shootings is also quite different than gang fights, but Bloomberg’s study mixes the two together.

Since at least 1950, all but two public mass shootings in America have taken place where general citizens are banned from carrying guns. In Europe, there have been no exceptions. Every mass public shooting has occurred in a gun-free zone. And Europe is no stranger to mass shootings. It has been host to three of the six worst K-12 school shootings and by far the worst mass public shooting perpetrated by a single individual.

Still, Kelly said, “There’s no indication from other — from another study that any shooter intentionally went to a gun-free zone.”

Kelly might be surprised to learn that killers have frequently talked about their desire to attack where guns are banned. The suspect in the Charleston, S.C., shootings in June originally aimed to attack the College of Charleston. He chose a church instead because the college had armed guards.

The diary of the Batman movie theater killer, James Holmes, was finally released just a few months ago. He decided against attacking an airport because of the “substantial security.” Out of seven theaters showing the Batman movie premiere within 20 minutes of the suspect’s apartment in 2012, only one banned permitted concealed handguns. That’s the one he attacked.

Or take a couple of cases from last year. Elliot Rodger, who fatally shot three people in Santa Barbara, Calif., explained his reasoning in his 141-page “manifesto.” He ruled out various targets because he worried that someone with a gun would cut short his killing spree. Justin Bourque shot to death three people in Canada. His Facebook page made fun of gun bans, with pictures of defenseless victims explaining to killers that guns are prohibited. 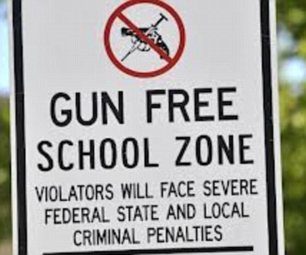 feel safer in neighborhoods where guns are allowed, while just 22 percent would feel less safe. A Gallup poll last December found by a whopping 63 to 30 percent margin that Americans thought guns in their homes made them safer.

If you don’t think deterrence works, ask yourself if you would post a sign in front of your home saying it is a “gun-free zone.” It’s very likely that such signs aren’t going to be going up in any neighborhoods soon.

In Case You Missed It:  Black market for body parts exists in America… funeral home operator just charged in criminal scheme
Posted in Freedoms and tagged Crime, murder, US Citizen.

Progressive IT Companies and their discrimination against U.S. IT workers

By Patrick Thibodeau U.S. IT workers who have been replaced with H-1B contractors are alleging discrimination and are going to...