German Chancellor Angela Merkel’s invitation to migrants to come to her country has been described as “insane” by U.S. Presidential candidate Donald Trump, who has predicted more violence will follow in the country as a result. 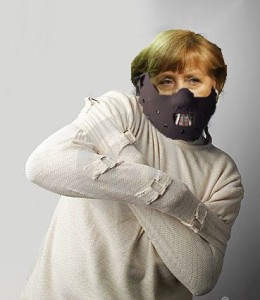 He said: “Frankly, look, Europe is going to have to handle — but they’re going to have riots in Germany. What’s happening in Germany, I always thought Merkel was like this great leader. What she’s done in Germany is insane. It is insane. They’re having all sorts of attacks.”

Mr Trump was talking about the decision to throw open Germany’s doors to Syrian migrants taken by Frau Merkel in August, which Breitbart London previously reported. The ‘open doors’ policy is an idea for which she has come under attack, even from those within her own political ranks.

“What they should do is get all the countries together, including the Gulf States, which have nothing but money. They should all get together and they should take a big swath of land in Syria.

Mr Trump was asked how many migrants he would take into the U.S. were he in charge. He replied: “10,000, I’m not thrilled, but maybe. 200,000 people? This could be the greatest Trojan Horse. This could make the Trojan horse look like peanuts if these people turned out to be a lot of ISIS.”

He commented on the fact that most of the migrants are young men:

“…I have been watching this migration. And I see the people. I mean, they’re men. They’re mostly men, and they’re strong men. These are physically young, strong men. They look like prime-time soldiers.

“Now, it’s probably not true, but where are the women? You see some women. You see some children. But for the most part, I’m looking at these strong men. So, you ask two things. Number one, why aren’t they fighting for their country? And, number two, I don’t want these people coming over here.

“And even on a humanitarian — when I was first asked this question — you asked it to me a long time ago — when they were talking about 3,000 people, I begrudgingly would say, oh, maybe, I don’t know. Maybe.”

Migrants Dump Garbage from their Balconies For German Infidels to Clean Up:

Why Is Obama An Anti-Semite Who Hates Israel? Wright Is One of the Answers

Wright drew parallels between the struggles of Native Americans, African-Americans and Palestinian Arabs, which he said have all suffered under...