German Chancellor Angela Merkel offered Turkey the acceleration of its accession process to the EU in exchange for cooperation in stopping the influx of refugees to Europe.

Merkel announced that Germany could speed up the path to visa-free travel for Turkish nationals and provide the country with required financial assistance.

Turkey had requested $3.4 billion in financial aid for supplying Syrian refugees on its territory with essentials and accommodation. The amount is three times more than the EU had originally offered, but Germany is ready to continue negotiations in order “to make some progress on this process,” Merkel said.

“Wealthy states bribing not so wealthy ones has become a stock-standard response that reduces refugee problems to matters of financial distribution and bean counting,” Dr. Binoy Kampmark wrote for Global Research.

According to Kampmark, Merkel is practically using refugees as a bargaining chip in negotiating Turkey’s integration into the EU. Playing with Turkey’s long-held ambition to join the European Union, Merkel hopes to put an end to the migration crisis and stop the wave of refugees entering European countries.

“In the face of considerable disquiet within her own ranks, she [Merkel] has hit upon another approach: keeping the problem closer to the source by bribing Turkey,” Kampmark stated. “Merkel’s suggestion is 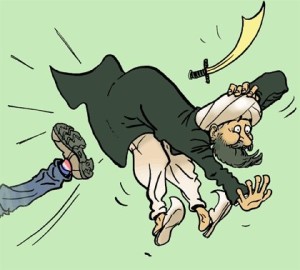 that Turkey’s integration into the EU can be sped up, using refugee management as a bargaining chip.”

At the same time, Merkel continues to stick to her principle of open borders within the EU. She rejected tightening Germany’s border controls and sending back migrants arriving from Austria, despite the fact that Germany expects about 800,000 newcomers itself.

European countries have been struggling to resolve the refugee crisis for many months, but without much success.  Hundreds of thousands of undocumented migrants continue to flee their home countries in the Middle East and North Africa to escape violence and poverty.

BRIAN ANDERSON Besides being untrustworthy and unlikable, Hillary Clinton’s biggest problem is convincing people that she is competent. On numerous...