A new poll has found that American voters are deeply dissatisfied with US President Barack Obama over 15 months after his reelection. 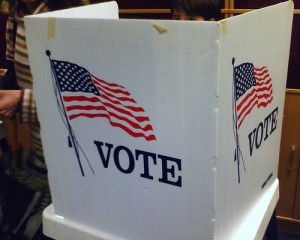 According to the Economist/YouGov.com poll, over seven in 10 Obama voters, and 55 percent of Democrats, regret voting for Obama’s 2012 reelection.

The poll asked those who voted for Obama’s reelection the question: “Do you regret voting for Barack Obama?”

Given a chance to do it all over again, only 29 percent of those who voted for Obama would vote for him again and 71 percent of his voters, now inclined to vote for somebody else, “regret” their vote to reelect him, according to a new poll.

The poll also found that Obama would lose enough votes in a rematch with his Republican rival in 2012 presidential election, Mitt Romney that the Republican would win.

“90 percent of people who voted for Romney would do it again, compared to only 79 percent of Obama voters who would,” the poll said.

“Clearly Romney fares better, although he had fewer voters to begin with. As a proportion of the voters each of them actually received in 2012 (66 million for Obama and 61 million for Romney), the GOP candidate ends up with 55 million votes retained to Obama’s 52 million. Not exactly a wipeout. It’s also unclear for any poll that hypothetically revisits 2012 how much it says about renewed hope for Mitt Romney – who has notably been liberated from the scrutiny of a presidential campaign A¬– rather than about dissatisfaction with an incumbent president who has spent the last year defending his administration over leaks, scandals and Obamacare roll-outs,” the poll indicates.

In Case You Missed It:  Jared Kushner Reveals He Fought Thyroid Cancer While Serving in the White House, But Kept it Quiet
Posted in Tyranny and tagged Election, Obama, Polls.

Rep. Jim Jordan (R-Ohio) relentlessly questioned former Secretary of State Hillary Clinton on Thursday over why she and other administration...