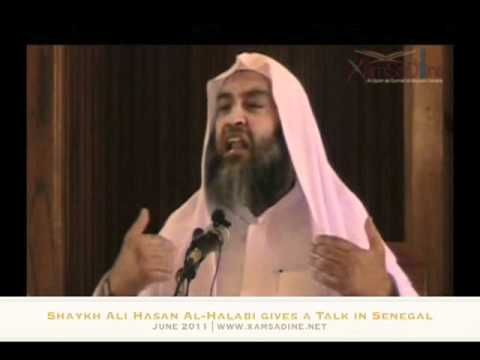 A Jordanian sheikh who issued a fatwa (Islamic ruling) against killing Jews has apparently had a change of heart.

In a video released earlier this week by the Middle East Media Research Institute (MEMRI), Sheikh Ali Halabi, head of the Imam al-Albani religious studies center, ruled that killing Jews outside the context of war and clashes was forbidden.

But in a new clip released by MEMRI on Wednesday, Halabi clarified his remarks, saying that jihad against “the brothers of apes and pigs” – that is the Jews – is a duty, but the Muslims are not up for the task right now, and must prepare first.

“The Jews are occupiers and plunderers. They are people [prone to] betrayal, fraud, cunning, and deceit. They are the slayers of the prophets and the messengers,” Halabi says in the new video.

At the same time, he warns, “Jihad against the Jews, fighting them, and liberating the land from them is a binding and mandatory duty, incumbent upon the Islamic countries and upon the Muslim individuals, but it depends on capabilities, because everybody knows that America has Israel’s back. Are today’s fragmented Muslims up for the task? Let’s be honest. Let’s not fool ourselves.”

If the comparison between Jews and “apes and pigs” sounds familiar, it is because it is commonly used by Muslims.

Other Muslim leaders who have in the past compared Jews to apes and pigs include Palestinian Authority Mufti Sheikh Muhammad Hussein, former Egyptian President Mohammed Morsi, and former Hamas Interior Minister Fathi Hammad.

Australia said Wednesday it was striving to shut down money flows to terrorist groups after its anti-money laundering agency tracked Aus$53 million (US$38 million)...