SEVERAL millennia were required to build European civilisation but its impending destruction has been the work of just a few years, carried out by a cadre of irresponsible, unpatriotic and deluded politicians led by German Chancellor Angela Merkel.

Dressing up their vandalism as compassion and their cowardice as moral superiority, these leaders have created an immigration crisis so profound that the very existence of our European culture and heritage is under mortal threat.

The tragic paradox of the obsession with free movement and the abolition of national identities is that Europe in any meaningful sense will probably cease to exist this century.

As the social revolution accelerates traditional values of democracy, freedom and solidarity will be replaced by conflict, sectarianism, oppression and intolerance.

Increasingly Islamified, barbaric and poverty-stricken, Europe will become indistinguishable from large swathes of North Africa and the Middle East.

Even the stupendously high levels of mass immigration over the past two decades are now dwarfed by the colossal flood of new arrivals that has occurred since the early summer when Merkel made her woefully illconceived pledge that ­Germany would welcome anyone claiming to be a refugee. 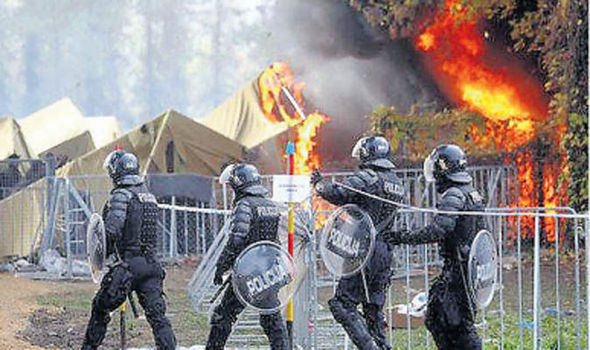 She may have thought that the open-door policy would provide a counter to Germany’s appalling record of aggression since the 1860s but in reality by wrecking Europe’s social fabric she has added to the long catalogue of Teutonic crimes.

It is thanks mainly to her that so many African, Asian and Middle-Eastern migrants are coming to our shores. In October alone a record 218,000 of them crossed the Mediterranean, more than the entire total for 2014.

Absurdly some metropolitan elitists complain that Britain has failed to join in this demographic upheaval since our Government has said that we will only take 20,000 refugees from Syria over the next five years.

This ignores the crucial fact that the current annual immigration rate is officially more than 630,000-a-year, with most of the new settlers hailing from outside the EU. How many more are Britain and Europe expected to take?

The potential influx is almost limitless. The United Nations says that globally there are at least 60million people classified as refugees while more than 1.2billion live in dire poverty. But the numbers are already proving catastrophic.

A mood of fear hangs over disintegrating Europe. In southern Spain there have been attacks on churches by Islamists, including damage to an ancient sanctuary and Arabic graffiti sprayed on walls.

Ultra-liberal pro-immigration Sweden has seen some Muslim neighbourhoods in its cities turned into no-go areas, while Malmo has one of the highest rates of rape in the world.

The fraught scenes of chaos in Eastern Europe are replicated at points on the British border, such as Calais, where the vast 6,000-strong migrant camp descends into even greater squalor and tension.

But 95 per cent of the squatters there are not refugees but are tough, fit young men mainly from Africa who have no right to be in Europe at all. If our politicians had any guts they would close down the camp and deport its freeloading residents.

But instead the British taxpayer is being asked to fork out £3.6million a year for improvements at the camp, which will only attract more. The same tensions can be seen at a British RAF base in Cyprus, where a group of migrants are being given shelter and food after landing on the island.

Instead of showing any gratitude some have created disturbances and burnt their tents, hardly the behaviour of people genuinely fleeing persecution. “We want to go to England,” said one, displaying a spirit of petulant entitlement.

It is clear that Europe is now unable to cope. The Greek island of Lesbos has run out of burial space, while tiny Slovenia has 13,000 migrants passing through its borders every day, also setting fire to tents.

Even Germany is struggling. There have been mass brawls at several migrant reception centres and in a 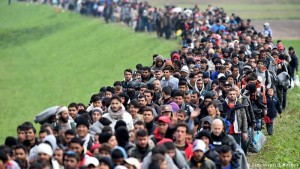 chilling echo of the country’s totalitarian past the German authorities are seizing property to provide accommodation for the arrivals.

In one startling symbol of how European society is being overwhelmed the village of Sumte in the north-east is about to see its population increase by 700 per cent through the import of 750 asylum seekers.

As winter approaches and the weather worsens the migrant crisis is set to escalate. A new wave of sentimentality will be unleashed by much of the media, peddling manipulative images of the suffering of the refugees.

Eager to parade their humanitarian credentials politicians will open the doors even further and impose even greater burdens on European taxpayers. So the cycle of decline will gather momentum. None of us ever voted for our demise.

But without any democratic mandate that is what the politicians have inflicted. One nurse in Germany, who is being evicted from her Nieheim flat so it can be used for migrants, told a reporter last month: “I find it impossible to understand how the city can treat me like this.”

Her experience could be a metaphor for the peoples of Europe. The scale of this political treachery is almost incomprehensible. 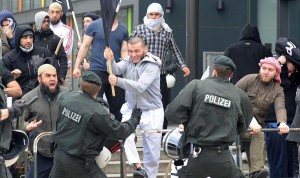 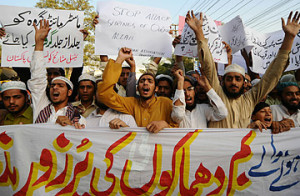 By John W. Lillpop Socialist (Democrat) presidential candidate Bernie Sanders seems to be having second thoughts about saying to Hillary...