(Breitbart) These children should be removed from their parents’ care. This is child abuse. 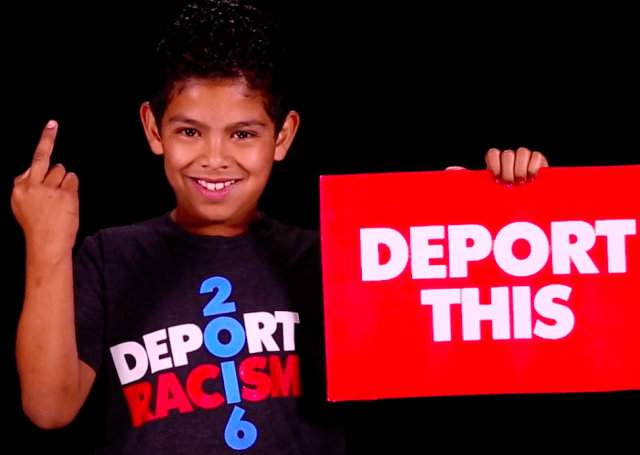 The disgusting video, created by an organization called deportracism.com, includes children using profane language and beating a piñata of Donald Trump. At one point during the video, a young child says, “Republicans use offensive words. So here’s a few of our own: F*** you, racist f***” And one calls Donald Trump a “racist d***.”

This latest liberal attack on Donald Trump is absolutely despicable and some might say it borders on child-abuse.

You know the left is desperate if they putting children in ads and making them swear for political gain this is disgusting!  This video represents the leftist hypocrisy of those who demand tolerance based on insults and offensive and violent language, especially displayed through the use of children. This is the “education” that they demand. This is the “respect for others” that they want?

If only these children knew that Trumps comments were targeted towards actual criminals who just so happened to jump the border, not those born in the USA. Liberals took advantage of the rabble, poor kids, but hey, I’m sure they’re part of this agenda in indoctrination of the children.

Angry Foreigner: Welcome to the Insanity of Sweden

What is life like in Sweden? "The politicians are participating in a chicken race of “goodness” where everybody tries to...