(Stockholm) According to UN projections, Sweden will be a much poorer country by 2030, much worse than what anyone in the Swedish government indicates. 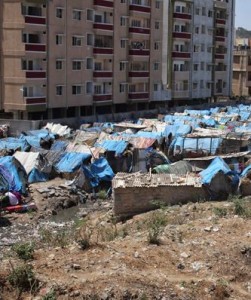 The UN report HDI (Human Development Index) predicts a significant decrease in Swedish prosperity, unlike their Nordic neighbors, who will retain their top positions and even strengthen them globally in the long run.

Sweden is one of few countries with such a sharp deterioration from what it had in 2010.

Finland demonstrates one of the world’s best school systems, while the Swedish school have lost competitiveness.

Fewer ends up on welfare dependency in their Nordic neighboring countries while Sweden continues to have a greater amount of family households forced to live on welfare, which are a couple factors causing the dropped global competitiveness.

Negative developments, or rather liquidations can be exemplified by Orrefors Kosta Boda, which in 1992 had 940 employees in Sweden and was a profitable industry. Today less than 100 remain in the company after further cost reductions and adaptations in order to meet global competition.

Most of today’s less developed countries such as Cuba, Mexico, the Baltic countries and Bulgaria according to the 2030 UN report will be passing Sweden in prosperity.

Even Greece, which today is more or less bankrupt, but will be on 13th place by 2030.

Sweden’s leftist establishment and media believe a cornerstone of their perfect society is multiculturalism: large scale immigration from some of the poorest, most backward nations on earth. Swedes who disagree with that plan risk being labeled racist, fascist, even Nazi.

“We had a perfectly good country,” Ingrid Carlqvist, a journalist said. “A rich country, a nice country, and in a few years’ time, that country will be gone.”

The logic should be really simple to understand, yet many have difficulties grasping it: If you import the Third World, it’s what you’ll get.

Here is the UN report:

This program commemorates the worst Nazi pogrom that was perpetrated in Germany, Austria and the German-occupied western part of Czechoslovakia, The...