Arutz 7 reported that “US Secretary of State John Kerry asserted Wednesday that the escalating wave of Arab terror in Israel showcases what would be in store if the Palestinian Arabs were not to achieve statehood.

During a speech in Washington, Kerry emphasized the United States’ commitment to advancing the two-state solution, which he called “the only viable alternative.”

…Stressing that unrest and violence have hurt both Israelis and Palestinian Arabs, Kerry contended “the current situation is simply not sustainable.”…

Kerry calls the situation  “not sustainable” but the alternative that he proposes would be much worse. The Palestinian Media Watch translated an interview by one of Hamas founders Mahmoud al-Zahar to the Palestinian newspaper Al-Ayyam in which he said “transfer what it has [in Gaza] or just a small part of it to the West Bank, we would be able to settle the battle of the final promise [to destroy Israel] with a speed that no one can imagine…[Some] have said Hamas wants to create an Islamic emirate in Gaza. We won’t do that, but we will build an Islamic state in Palestine, all of Palestine…”

If a Palestinian State is established in the West Bank, Hamas will attack Israel from the West Bank as it does from Gaza.

Kerry may claim that “the situation is unsustainable” but the alternative would be much worse: the current stabbing attacks are far better that the thousands of rockets that will rain in Israel if a Palestinian State is created in the West Bank. 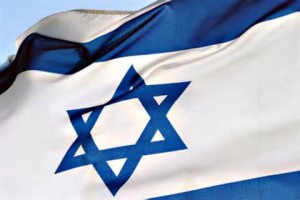 There are 57 Muslim States (see members of the Organization for Islamic Cooperation) but only one Jewish State smaller than New Jersey. The “Two State Solution” will lead to the destruction of the only small Jewish State.

John Kerry is dishonest in not acknowledging that after Gaza the situation has changed and the “Two State Solution” will lead to Israel’s destruction.

Demanding an Israeli withdrawal from the West Bank will make the situation far worse not better. The “Two State Solution” is not as Kerry claims the only option. There is a much better and honest option which is to recognize that the Palestinians already have a State in Jordan. Since the US/EU claim the Arab-Israeli conflict can be solved though a UNSC resolution why not submit one declaring that Jordan is Palestine?

Most of the Jordanian population is Palestinian, the previous King said “Jordan is Palestine, Palestine is Jordan”. The Queen of Jordan Rania Al-Yassin was born in Kuwait to Palestinian parents Faisal Sedki Al Yassin and Ilham Yassin from Tulkarm, Jordan has a Palestinian Queen, the next King of Jordan will be the son of a Palestinian. If Jordan is recognized as the Palestinian State the Arabs currently living in Israel can continue but they will be Jordanian Citizens.

It is not honest for those who seek a resolution to the Arab-Israeli conflict to ignore that Jordan was also part of British Mandate Palestine. Jordan must also be part of the solution.

THE CRUZ FIVE FOR FREEDOM “We should shrink the size and power of the federal government by every and any...