In a spectacular example of pulling the ladder up, migrants interviewed last night said they were delighted by the introduction of border controls in Sweden.

Despite having been in the country for less than 24-hours, the newly-arrived asylum seekers were already complaining there are too many migrants in Sweden. Speaking to high circulation left-wing daily Afton Bladet, one young man said: “Close the border. We are far too many who have come. They can not take care of all of us”.

He complained the Swedish staff receiving migrants were stressed, and there wasn’t enough bedding to go around.

One Syrian migrant told the paper: “I’m surprised how it is here in Sweden. if they can’t take care of us properly, they should not take so many”.

The Swedish minister for interior affairs announced the temporary suspension of the Schengen zone agreement at the southern borders of the nation with Germany and Denmark yesterday evening. The move has surprised many, as only days before the prime minister moved to condemn others who had suggested introducing limited border checks.

Perhaps none were more surprised by yesterday’s announcement than Swedish police, who have been called upon to actually enforce the border checks. A police spokesman said just like the rest of Sweden, they only learnt of the plan as the interior minister made the announcement public, and they spent much of the evening and early morning finding at least an extra 300 officers to man the borders.

The deteriorating level of care for migrants in Sweden may go some way to vindicate the Sweden Democrats, who have come under fire from the left-wing establishment in the country this week over their warnings to migrants that the country was not the utopia they hoped for. Sending volunteers to the Greek islands to hand out leaflets to migrants, the literature warned Sweden was running out of beds and many migrants would be sent home.

Although many media pundits and politicians accused the Sweden Democrats of pushing lies to migrants, the government decision to close the borders today because of overcrowding has gone some way to prove their point. 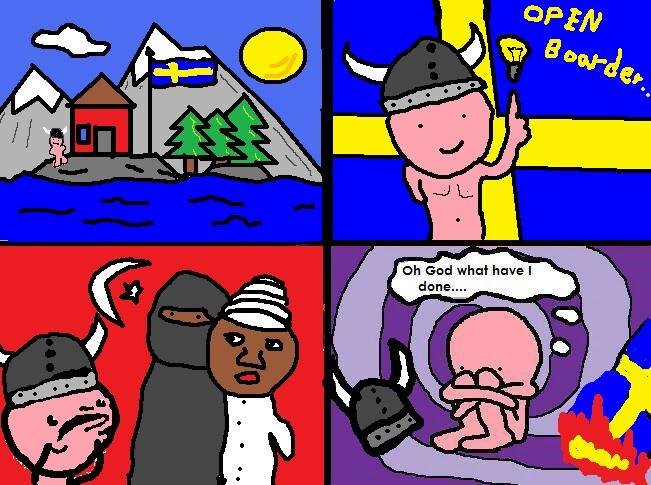 In Case You Missed It:  Powerful video interviews of the week: Jeffrey Prather on national security and Mikki Willis on national healing
Posted in Freedoms and tagged Illegal Immigration, Sweden.

Obama has gotten away with a growing number of scandals and misconduct that other Presidents would not have even dreamed...