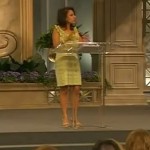 Brigette Gabriel a Lebanese Christian explains how a majority Christian country came to become an Islamic stronghold with a Muslim majority due to immigration. Lebanon had an open border policy, it welcomed all to enjoy their rich western inspired country.  They were open minded and tolerant of all, welcoming multiculturalism.

Islamic immigration came, and soon the Lebanese found themselves to be a minority in less than  a couple decades, violence and terrorism, followed and Bridgett’s family had to live in a bomb shelter. The Damour massacre took place on January 20, 1976 Christians  were attacked by Muslims, children murdered, women raped, Islam was there! The only group willing to help the Christian Lebanese was the Israelis.

What happened in Lebanon is similar to what Muslim immigration did to Kosovo, church burnings and violence become the norm.  Do to immigration in Western Europe it  soon too will have it own Muslim majority cities as Muslims are expected to become majorities in major European cities within 25-50 years.

Lebanon is a look into our future. For those currently criticizing Israel right now,  think in  a few decades when Islamic missiles are raining down on your neighborhood and your sleeping in bomb shelters, running for cover during business hours or while shopping and dining. What will you want you government to do about it?

Dzevad Galijasevic, a terrorism expert, said: Galijasevic spoke of how Turkey and Qatar are providing hotel vouchers and fictitious identities...