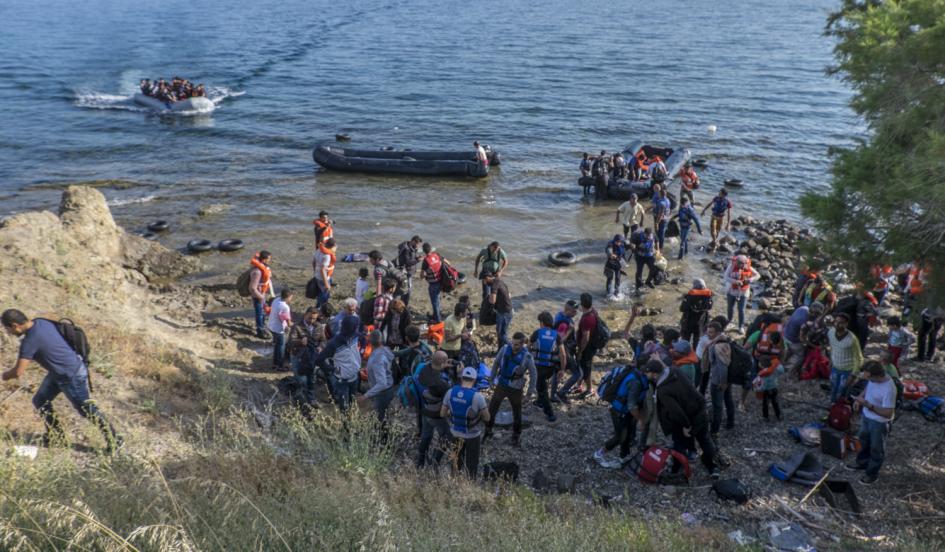 The first of 12,000 migrants leaving war-torn Syria that are to be resettled by Australia will arrive within 24 hours, the government said Monday – even as concerns about security checks mounted after bloody attacks in Paris.

Australia, which has joined US-led air strikes on the Islamic State group in Syria, said in September it would boost its humanitarian refugee intake by 12,000 in the face of the unrest in the Middle East.

But on Sunday it turned out that at least one of the Islamic State (ISIS) terrorists who murdered 129 people in Paris Saturday had apparently entered Europe via Greece as a Syrian “refugee.”

The first arrivals to Australia, a family of five from Homs, were to arrive in the western city of Perth before Tuesday evening, said Australia’s Social Services Minister Christian Porter.

“The family has been through a great deal,” Porter told reporters, adding that they had spent a long time in refugee camps.

Before the announcement in September of the increased refugee quotas, Australia had already agreed to resettle more than 13,000 from around the world in the 2015-16 fiscal year.

The additional 12,000 spots are for those fleeing conflict in Syria and Iraq.

Questions about Australia’s refugee intake have intensified since the Paris attacks, particularly after the discovery of a Syrian passport near the body of one assailant raised fears that some of them entered Europe as part of the huge influx of people fleeing Syria’s civil war.

French Prime Minister Manuel Valls said Monday the gruesome attacks had been planned in Syria and warned of further unrest being planned in France and Europe.

Porter stressed that Australia’s refugee selection process had been rigorous and he expected a positive response to the arrival of the family – a couple and three children.

“Their processing has been orderly – some would say very, very slow – but very, very thorough,” he said. “It has all of the level of stringency that occurs for all humanitarian and refugee arrivals.”

But a New South Wales state politician had earlier called on Australia in a post on Facebook to close its borders to refugees from the Middle East.

“We need the borders closed until such time as we can be assured that we are not getting terrorists into Australia under the guise of refugees,” MP Andrew Fraser said in comments cited by the Australian Broadcasting Corporation.

But the government has rejected the idea and Attorney-General George Brandis has said the “worst thing we could do is to alienate the Muslim community.”

And Porter said he expected no difficulty for the Syrian family, who would be met by officials at the airport.

“There has been nothing other than immense generosity…from the Australian people,” he said.