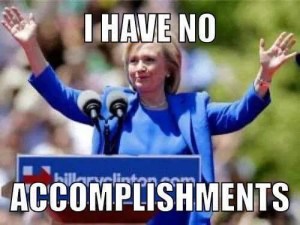 Hillary Clinton is notorious for being a congenital liar and a savagely ruthless practitioner of power politics. Rarely, however, has her mental acumen been seriously questioned; indeed, according to legions of left-wing fans posing as objective journalists, Clinton is unquestionably the “Smartest woman on the planet,” a lifetime honor that expires only upon her passing, or detention in a federal penal facility, whichever comes first!

It is, thus, a breaking news story when Clinton’s “too smart” reputation is challenged by the release of an e-mail authored by, Huma Abedin, Clinton’s top aide and trusted insider.

• Abedin: Have you been going over her calls with her? So she knows singh is at 8? [India Prime Minister Manmohan Singh]
• Hanley: She was in bed for a nap by the time I heard that she had an 8am call. Will go over with her
• Abedin: Very imp to do that. She’s often confused.

In Case You Missed It:  No Increase in Overall Deaths in 2020 – Yet Americans Continue to Cede All God Given Rights to the State

The big question from all of this: “Often confused” sounds like an age-related sign of mental decline. Should one suffering from such a malady be entrusted with the awesome responsibility and authority vested in the US president?

Perhaps the more prudent course would be to encourage Mrs. Clinton to retire in quiet dignity at her upscale home in New York State, far away from the maddening pressure and confusion of blood sport politics?

Europe is in huge trouble and war is just around the corner, Intelligence says a whole army over 100,000 Terrorist...