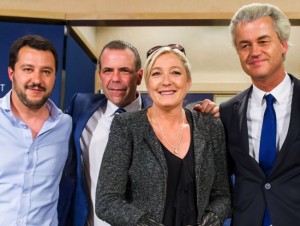 It seems like everywhere you look in continental Europe, the right is gaining ground.

Today, it’s the turn of the Sweden Democrats.

They’ve only been getting more popular since and on Thursday Yougov published a poll that puts the Sweden Democrats ahead on 26.7%, 5 points clear of any other party.

It’s one of 7 polls since August that have put the party in the lead in one of the world’s most open and liberal states. The Sweden Democrats have built support on the back of opposition to immigration in a country that has taken more refugees relative to the size of its population than any other European nation.

The Sweden Democrats are part of a group of European political figures and parties that don’t all want to be associated with each other, but all share at least two common tenets: opposition to immigration and scepticism about the European Union. Some even advocate leaving the single currency.

Just like Sweden Democrats, many of these parties are seeing surging popularity. Germany’s rightist and eurosceptic AfD just got their best polling result ever, hitting 10.5%. They’re back in 3rd place as the public mood with regards to refugees becomes increasingly fearful.

Dutch polling likewise puts Geert Wilders’ Party for Freedom not just in the lead for the next election (which must take place before March 2017), but 19 points clear of the next party.

In the rest of Europe, it’s a similar story. Austria’s Freedom Party have drawn or lead in every poll conducted for the last six months. Italy’s regional conservative-right Lega Nord’s polling average is sitting at around 15%, after getting just 4.1% in the 2013 election.

In France, there’s understandably been no polling since the brutal attacks in Paris on Friday night. But Front National leader Marine Le Pen, who has built up significant support on the same eurosceptic and anti-immigration platform, already led in most polls for the 2017 presidential election. 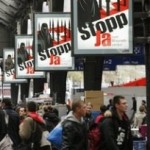 Le Pen has already demanded an immediate halt of all migrant flows into France since the attacks. Europe’s hard-right is already riding high after months of refugee crisis headlines, and the brutal attacks on Paris could propel it even further.

The anti-immigration Swiss People’s Party (SVP) won the biggest share of the vote in Switzerland’s recent national parliamentary election, they are now the largest Swiss party controlling 30% of the seats.

In Case You Missed It:  Get Ready for the Economic Collapse
Posted in Freedoms and tagged Conservatism, Election, Europe, France, Geert Wilders, Immigration, Netherlands, Sweden, Switzerland.

The Beginning Of The End For The Affordable Care Act?

Tracking the slow motion trainwreck of Obamacare has become one of our preferred hobbies: below is just a random sample...