For the West to be able to win against ISIS and other radical Islamist terror groups, we have to become much better than them at cyber attacks and defenses,psychological warfare (Sun Tzu tactics), and asymmetrical warfare.As it stands we are patently losing this existential battle with radical extremist forces, as the Western world is brought to a shuddering halt by a relentless Islamic jihadi campaign of targeted terror attacks across Europe and the Middle East,our airports, bus stations and shopping malls are paralysed by simple false alarm phone calls on suspicious items and luggage, designed to key Western intelligence and security forces on the hop, throughout the democratic and civilised world.If ISIS successfully carry out one in a hundred such threats,they have succeeded in keeping our intelligence and police forces off balance and running around in all directions.

Closed Muslim communities embedded in Western capitals and cities deprive the intelligence services MI5, MI6, GCHQ, NSA and the CIA of any real time and accurate data and information on the terrorist’s plans, movements, chain of command and internal communications, with even online games and consoles like Playstation 4 and World of Warcraft being used by Islamic jihadi groups to secretly communicate with each other, outside the prying surveillance of the intelligence services. This ongoing discrepancy has gave the terror groups a clear advantage in being able to plan and execute terror attacks on the unsuspecting world, spreading unadulterated alarm and fear among Western civilisation, a tactic which ISIS has used to their distinct advantage in recent times, displaying an innate, cunning and sly ability and disposition to be able to adapt and improvise their terror methods, and stay one step ahead of the game.

To be able to combat the Islamic Jihadi Terror groups is going to take a raft of new measures by Western governments which are essential if we are to survive, regardless of human rights and civil liberties.

These will and should include 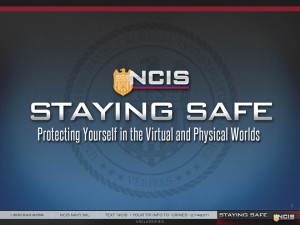 1.Shutting down all known mosques and madrassas with terror links.
2. A moratorium on Muslim Immigration to the West. We have more than we can cope with already,due to the current Syrian refugee influx.
3. More co-operation with certain friendly Middle East intelligence services like Israel, Morocco, Egypt, Saudis. Jordan, and the Gulf States, regardless of Government and Intelligence services reservations.
4.An immediate halt to Foreign Aid.This has demonstrably served to in many cases in the past, financial contributions to Islamic terror groups.
5. More power and authority for Western intelligence services to monitor modern and retro day means of communication
6.Recruitment of more intelligence and police forces.
7.Recruitment of more vetted Muslim spies and informers in Muslim communities.
8.More relevant rules of engagement for our police and security forces
9.Preemptive operations against known Islamic terror groups, including deployment of targeted ground forces.
10.Greater and improved counter propaganda and brain storming tactics by Western government and intelligence services.

WATCH: Cruz Just Looked Straight Into The Camera And Issued This EPIC Challenge To Obama