Mass abductions of children by Islamist terror groups like Boko Haram and the Islamic State (ISIS) are on the rise, with the practice now becoming a tactic of war, a UN envoy warned. 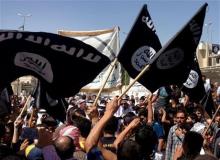 Leila Zerrougui, the special representative for children and conflict, urged the Security Council to punish armed groups who target children with sanctions and strengthen measures to protect children in conflict, reports AFP.

“Mass abductions of women and children are becoming a tactic of war used systematically to terrorize, suppress and humiliate entire communities,” Zerrougui told the 15-member council.

The envoy spoke as reports surfaced of a mass kidnapping of hundreds of children from the Nigerian town of Damasak by retreating Boko Haram terrorists last week. Boko Haram recently pledged loyalty to ISIS.

The Nigerian government has denied the reports, which came almost a year after the abduction of more than 200 schoolgirls from the town of Chibok by Boko Haram, which sparked a worldwide campaign for their release.

French Ambassador Francois Delattre, who chairs the Security Council this month, said abductions of children should trigger sanctions by placing perpetrators on a UN black list of violators of children’s rights.

The UN children’s agency UNICEF has described 2014 as a devastating year for children with up to 15 million swept up in wars in the Central African Republic, Iraq, South Sudan, the “Palestinian territories,” Syria and Ukraine.

A UN campaign to end the recruitment of child soldiers by 2016 has yielded results in ensuring that government forces are child-free. Chad recently joined that group, Ban said.

ISIS for its part has been openly “flaunting” its child soldier brigades, using them for a variety of missions including suicide bombings.

In Case You Missed It:  Freedom of Speech, Just an Illusion?
Posted in Terrorism and tagged ISIS, Islam, Jihad, Muslims, Terrorism, United Nations.

Rev. Graham: ‘Muslim Immigrants’ Are ‘Importing Their Hatred of Jews and Christians’ into Europe

Reverend Franklin Graham, who runs the international Christian relief group Samaritan’s Purse and is the son of world-renowned pastor Billy...