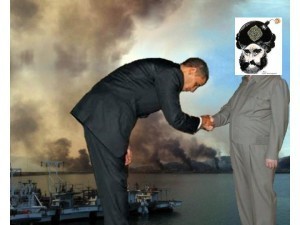 Listening to the likes of Barack Obama, Hillary Clinton, and other liberals argue against reasonable steps to protect Americans from slaughter and great bodily harm at the hands of those who sneer at the rule of law is literally “mind blowing!”

Most distressing is hearing Barack Obama and the others ridicule Republicans for advancing policies which, in the confused thinking of goofy liberals, do not reflect, “Who We Are!”

Since when is refusing to relocate detained terrorists from GITMO to mainland locations a negative measure of one’s adherence to American values and mercy?

Is it really Un-American to resist the importation of tens of thousands of refugees that ISIS has openly warned will be stocked with killers looking to spill American blood on US soil?

Why is it racist or Un-American to demand that American borders and immigration laws be enforced and that those who come here illegally be sent back to their nations of origin?

As recent polls suggest, the American people are fed up with the mangled logic of self-righteous liberals who are more concerned with protecting our enemies than they are about defending Americans!

“Not Who We Are,” is an apt, contemporary description of the shameful mindset that drives most liberals these days!