The solution offered by the media and political elites: bring in more Muslim refugees. What could possibly go wrong? 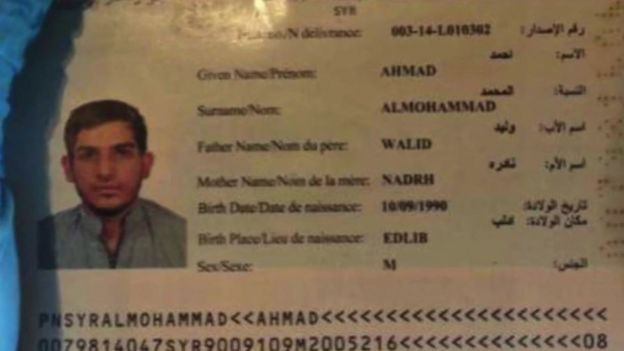 The third suicide bomber who blew himself up outside of Paris’ Stade de France stadium last week has been identified by BBC as a man who arrived at the Greek island of Leros together with another attacker called Ahmad al Mohammad.

The BBC looked at the arrival papers of a man called M al Mahmod, who arrived at the Island of Leros on October 3, and discovered that the picture is identical to the photo released by the French police.

Mahmod entered the EU along with another attacker supposedly named Ahmad al Mohammad, whose Syrian passport was found near the site of the attack.

Bilal Hadfi, 20, the first Stade de France suicide bomber to be identified, turned out to be a French national who had been living in Belgium.

Salah Abdeslam, who took part in a street shooting, supposedly managed to flee the scene and return to Belgium, despite being stopped by police three times. He is now on the run.

His brother, 31-year-old Brahim Abdelslam, died when he detonated a suicide vest next to the Comptoir Voltaire café. 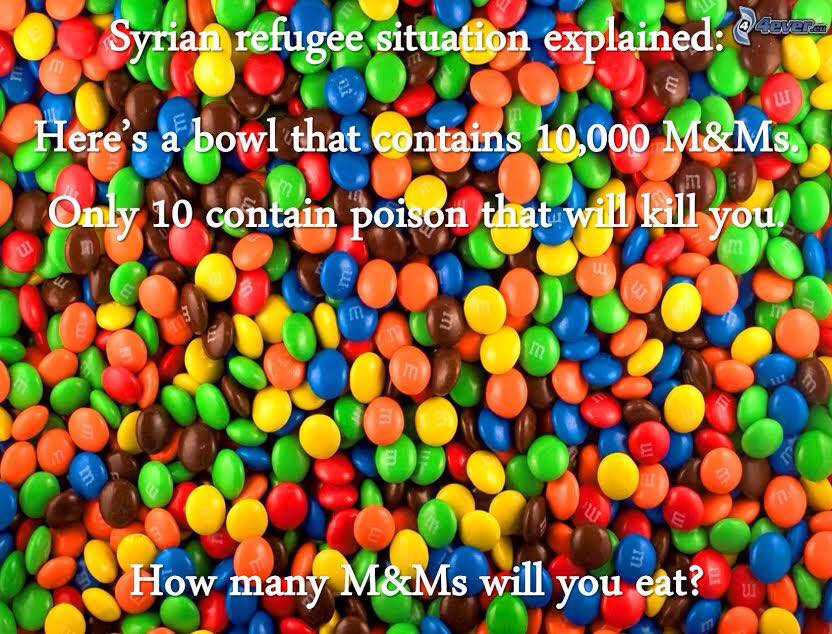 These Rattlesnakes are in need of a home. They’re refugees from the Hill country pushed out by snake hunting, flooding and feral hogs. Now, we think most of these are good snakes and won’t bite you, but we are sure some of these will bite you without provocation. We can’t tell you which of snakes in the bunch are the ones that will kill you because they all came in together and we can’t tell which is which ! In fact, we found elsewhere some are the biting ones who were trained to seek out anyone and bite, hiding among the good ones. But, our federal government has promised to figure it out, so don’t worry.

So who wants to give all these snakes a good home? ~ GATSBY