Sabatina James escaped death at the hands of her Muslim family for daring to refuse a life filled with beatings, incest, brutality and misery. She’s since left her native Pakistan for Germany via Austria, changed her name, converted to Catholicism, all the while escaping becoming just another statistic that’s all too often glossed over by the Western media. 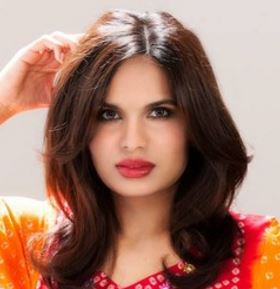 As reported by Donna Rachel Edmunds of Breitbart.com on Nov. 24, 2015, Sabatina James – not her real last name – is warning Europe of the Trojan Horse that is ISIS and al-Qaeda operatives swarming into the continent, all the while hiding in plain sight. The author of Only the truth sets us free: My life between Islam and Christianity, very well may have made more than a few of her adopted countrymen squirm when she plainly stated, “Those who are unwilling to deport anti-democratic Islamists should not be surprised if more attacks to come. In other words, return recognized Islamists! Otherwise, they will undermine us while we are trying to win the war against the Islamic State.”

The author, human rights activist, media pundit and Islam critic held little back when she warned, “Sharia is now finally with us, and the victims are primarily women. A parallel justice system is being practiced, one which maintains the mantra: either women submit to systematic violence, or they will be liquidated,” she said. “In the midst of Europe we’re talking about thousands of women living under a death sentence. Even within my family.”

She continued: “The religion that causes the most bloodshed is being protected the most. I find that totally paradoxical. And sometimes by those who carry the banner of gender equality, multiculturalism and the right to sexual self-determination. I wonder what makes these people tick. Total naivety? Or are they afraid of the truth?”

Not her first time making the press in the English-speaking world, as penned by Sabatina herself for Newsweek magazine on Mar. 3, 2012, the author explains in her own words how she as a child was subjected to severe beatings and the threat of “honor killing” by her parents. James related how her family left their tribal village in the Pakistani-controlled section of Kashmir for the city of Linz, Austria, when she was ten.

That’s where James discovered jeans, t-shirts, make-up and acting lessons – which her father said “were for prostitutes.” While living in the Alpine nation did the matter of the Western version of feminine hygiene rear its ugly head. According to James, her mother thought that tampons “would ruin my virginity.”

Detailing the daily humiliation and beatings meted out by her parents, the degradation grew progressively worse and with greater frequency. “When my mother found my diary one day and learned that I had kissed a boy in the park after school, she cracked me across the cheek, slammed me against the wall, and kicked my legs, calling me a whore. One day, when she found a T-shirt that she felt was too skimpy, she smacked me hard in the face with a shoe, splitting my lip.”

As posted on her foundation’s website, at the age of 17, James was forced into an arranged marriage to her Pakistani cousin. The family left Austria for their ancestral homeland to prepare for the engagement and wedding arraignments for their daughter.

Yet James viewed the upcoming nuptials quite differently from her parents. “Still, I refused to submit. I didn’t want to disappear into a forced marriage. I wanted my freedom.”

In what many Westerners consider unthinkable in the 21st century, James relates the suffering she had to endure due to her independent streak. “My parents shipped me off to an Islamic school, or madrassa, in Lahore, to ‘get educated,’ as my mother said. I lived in a room with around 30 other girls—no chairs, no beds, no ventilation. In that room, we did nothing all day but study the Quran, pray, and listen to lectures on the prophet from a mullah who stood behind a curtain. If a girl spoke out of turn, she would be publicly caned in the courtyard of the compound.”

The sanitary conditions at the madrassa were better described as something out of the 7th century vice the 21st. To the point of aiding in the spread of disease and sickness, she described in simple but graphic detail, “Flies and vermin swarmed the washrooms. There were no sanitary napkins, just blood-stained towels. The toilet was a hole in the ground.”

After three months, James was eventually expelled from the madrassa and accepted the inevitability of the forced-marriage, thus able to return to Austria during the engagement. But then things went from bad to worse. “… when my parents realized I did not intend to go through with the wedding, my father told me, ‘The honor of this family is more important than my life or your life.'” It was then that James realized she had to escape what she thought was her inevitable fate.

Since escaping a sure death, James has founded the Sabatina e.V. Foundation, which provides assistance to Muslim women who – due to violence within the family, threatened, or already implemented forced marriage or honor killing threats – require the help of others.

As she stated in her Newsweek article, “Today I’m trying to break the marry-or-die tradition. I run a foundation called Sabatina, in Germany, where I live. My group acts as an underground railroad, helping women escape their families by finding them shelter and jobs.”

In Case You Missed It:  Get Ready for the Economic Collapse
Posted in Terrorism and tagged Europe, Illegal Immigration, Islam, Jihad, Muslims, Terrorism.

The head of the international nuclear watchdog said yesterday that he is not in a position to guarantee that Iran’s...