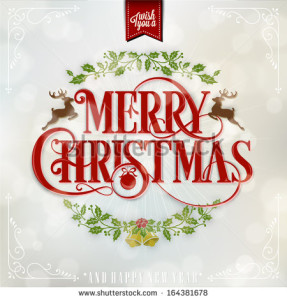 There is growing consensus among liberals which holds that “free speech” is being willfully abused to mask racial slurs, homophobia, and other objectionable thoughts deemed unsuitable for public consumption and, which, therefore, should be outlawed.

For example, left-wing zealots have decided that calling the war on terror exactly what it is— a life and death struggle against radical Islam—is somehow a bigoted slur against all Muslims and the Islam religion.

Of course, the REAL slur is calling Islam a religion of peace, since Islam is neither a religion or even remotely peaceful!

Unfortunately, tolerance is on permanent holiday in the fickle minds of many God-hating liberals who view free speech as a fundamental, non-negotiable right— for those who preach progressivism, but justifiably denied to those who oppose the leftist agenda or any of its specious arguments.

Which brings us to the hotly- disputed War on Christmas, which liberals willfully dismiss as folly, mere figments of right-wing hysteria as leftists deliberately use every scheme possible to keep nativity scenes, Christmas carols, Christmas trees, and anything even remotely resembling celebration of the birth of Jesus Christ, out of public view.
Inclusiveness, it seems, applies to Islamofascists, illegal aliens, and convicted felons—but not to Jesus Christ and his followers.

It is a pitifully sad commentary on the state of American values and culture to admit that the secularization of Christmas is becoming more and more ingrained in our lives as people and business revert to “Happy Holiday” rather than Merry Christmas to avoid “offending”!

Good grief, Christmas is about God incarnate, the ministry of the Prince of peace, salvation of the human soul, and universal love!
How can any reasonable person be offended by such inspiring concepts?

Still, for the sake of stifling the noise, perhaps our laws should be strengthened to give greater emphasis to diversity and voice to non-Christians?

For example, perhaps one who goes about in ruthless arrogance, shouting “MERRY CHRISTMAS” in public to one and all should be prosecuted for a hate crime?

However, for the time being and until the tyranny of PC speech is allowed to bastardize the most wonderful time of the year, I unabashedly wish you and yours a very, “MERRY CHRISTMAS”!

These 12 Policy Reforms Could Save An Average Household $4,440 a Year

Economic freedom is a matter of principle, but it’s also a boon to family budgets. Just 12 economic policy reforms...