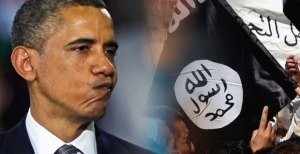 Donald Trump damn near sent the American mainstream media into an all-out feeding frenzy when some reporters claimed that he was mocking New York Times reporter Serge Kovaleski who has a chronic condition called arthrogryposis, which limits the movement of his arms.

Trump’s behavior was instantly seized upon as a golden opportunity to tar and feather the rebellious and fearless Republican, and surely brought unwarranted joy to the black hearts of liberal journalists and Republican establishment weasels like Karl Rove, etc.

For his part, Trump was unbowed when he said:

“Somebody at the financially failing and totally biased New York Times said that, over the years, I have met Mr. Kovaleski,” Trump said in a statement. “Despite having one of the all-time great memories, I certainly do not remember him.”

The Republican presidential candidate added that Kovaleski “should stop using his disability to grandstand and get back to reporting for a newspaper that is rapidly going down the tubes.”

Say what you will about Trump’s approach to resolving conflicts, the fact remains that the man has a way with words!

Those screaming the loudest for disemboweling The Donald predictably cover themselves with self-righteous hypocrisy while forgetting that another prominent politician, from the far, far left, ridiculed Special Olympics children on national television.

That prominent politician was Barack Obama.

The president had been making an attempt at self-deprecating humor in his appearance on Jay Leno’s show by saying that a recent 129 he scored in the White House bowling alley had been “like Special Olympics, or something.”

At least Trump had the good grace to take on an adult reporter from the most despised newspaper in the nation, whereas Barack Obama took on young children with disabilities.

Shame on Barack Obama, and the media now salivating at the chance to bludgeon The Donald!

Democrats blocked two pieces of legislation introduced by Senator Ted Cruz (R-Texas) that would protect America from Islamic terrorists.  This...