No one would dare broadcast a sketch a video like the second video below, not on any major television outlet. But it doesn’t 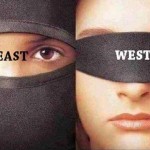 matter — there’s no need to lampoon media denial about Islam anymore, because the industry is busy satirizing itself 24/7.

As a case in point, check out the following excerpts from news reports about the San Bernardino jihad massacre that have appeared on TV in the last few days. Many thanks to Vlad Tepes for compiling and uploading these clips:

Media reluctance to engage the real motives behind this and other jihad massacres may be influenced by Attorney General Loretta Lynch’s recent announcement about her intention to prosecute “violent” speech about Islam — that is, they never know when something they say that mentions Islam might invite the scrutiny of the Department of Justice and its battalions of overpaid lawyers.

The peculiar tongue-tied bafflement on display in these clips is brought about by the application of the precepts of sharia to those who speak in public. As Vlad points out in the second half of his compilation, Ms. Lynch and the mainstream media are implementing UN Resolution 16/18, which requires UN member states to criminalize criticism of “religions” — that is, effectively impose sharia codes on Islamic blasphemy.

For anyone who may be new to this general topic, here’s a brief overview of how laws against blasphemy work under Islam: Insulting Islam is considered a form of slander (ghiba), which is, according to sharia, a serious crime.

Let’s look at this Fox News spoof from 2007: much like the liberal mainstream and liberal politicians:

Why Liberals are confused: 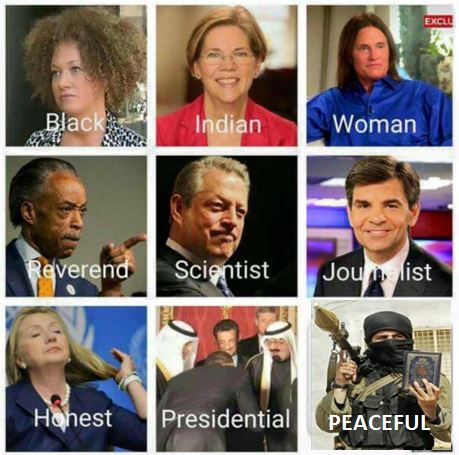 The Islamic State’s Genocide of Christians

Reports that the White House will declare that the Islamic State of Iraq and Syria (ISIS) has committed genocide against...