Prime Minister Binyamin Netanyahu addressed the Saban Forum in Washington, D.C. Sunday in a video call and said that there is a common thread to terror attacks against Israel and the United States, because the terrorists oppose “the values that make societies great.” 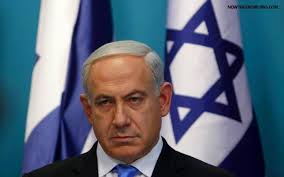 “No one should underestimate the strength of our alliance,” Netanyahu said, noting the newly signed 10-year Memorandum of Understanding signed recently by the US and Israel.

Netanyahu said that recent events disproved the claim that the Israeli-Palestinian conflict was at the heart of regional turmoil, “that was never true, but now it’s demonstrably false.”

He cited a recent statement by PA head Mahmoud Abbas, according to which Israel has been occupying Arab land for 67 years. He asked if Abbas meant by this that Tel Aviv, too, was occupied Arab land.

“President Abbas refuses to address his people and say – ‘it’s over. No more claims after a peace deal,'” the prime minister said. “The Palestinians have not been willing to cross the emotional and conceptual bridge of a state next to Israel, not one instead of Israel. Not just Hamas, but also the PA. They refuse to accept a Jewish state for the Jewish people.”

Netanyahu said that Israel will not allow Iran to create a new front against Israel from Syria and that he has made this clear to Russia. Israeli policy will not change, he said, and Israel will continue to prevent the transfer of Syrian weapons to Hezbollah.

He pointed at the fighting involving ISIS and Iran in Syria and vowed: “We will not allow any one of these violent medieval forces threaten our country and threaten our people.”

A European Parliament report states that an army of ISIS chemical and computer scientists are poised to use WMDs that...