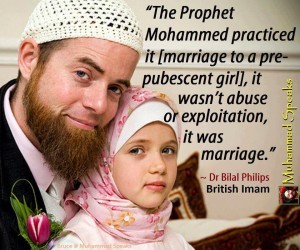 To his credit, or discredit depending on one’s perspective, Donald Trump has almost single-handedly driven America into a raging firestorm over the “Muslim problem,” as he would so eloquently express it.

Using his professional communications and extraordinary show business skills, Trump has managed to rip routine terrorism news from the front pages and BREAKING NEWS alerts and replace those with proposals that have constitutional scholars, theologians, Democrat and Republican politicians, and ordinary citizens flummoxed, confused, and mad as hell.

Amazingly enough, the irrepressible Trump has stolen Barack Obama’s “Bully Pulpit” from the daft president and has conscripted all media, print, digital, and broadcast, into his unfunded mandate to “Make America Great Again!” campaign!

Trump’s latest eruption—a plan to ban Muslims from entering America just for being Muslim—has had the desired effect of causing minds, smart and not so brilliant alike, to explode in disbelief.

Self-righteous indignation and outrage against the billionaire Republican have consumed all media venues, leaving other politicians, including Barack Obama, virtually silenced in the wake of the latest Trump eruption.

However, when Trump’s latest eruption is examined in terms of logic and what’s best for American homeland security, it’s clear that his ideas, while seemingly wild, and extra constitutional, make sense— when one is singularly motivated to defend America and her 330 million residents.

The big question, therefore, is: Which is the more un-America: Studiously scrutinizing and aggressively dealing with, and restricting, those who might conceivably include terrorists who would harm large numbers of innocent Americans, or, importing tens of thousands of refugees from nations with known large populations of terrorists where reliable vetting procedures are not available?

After all, although Barack Obama and most Democrats refuse to admit it: America IS at war with extreme Islamic terrorists!

Thus, we should do everything in our power to decimate and crush the enemy!

In Case You Missed It:  First JPMorgan’s Dimon, now Goldman Sachs’ Waldron: the world is about to get hit with an economic “hurricane”
Posted in Freedoms.

Words From a Moderate Muslim (The San Bernardino Shooter’s Father)

According to his father, Syed Rizwan Farook's worldview was shaped by his hatred of Israel. The father of San Bernardino...