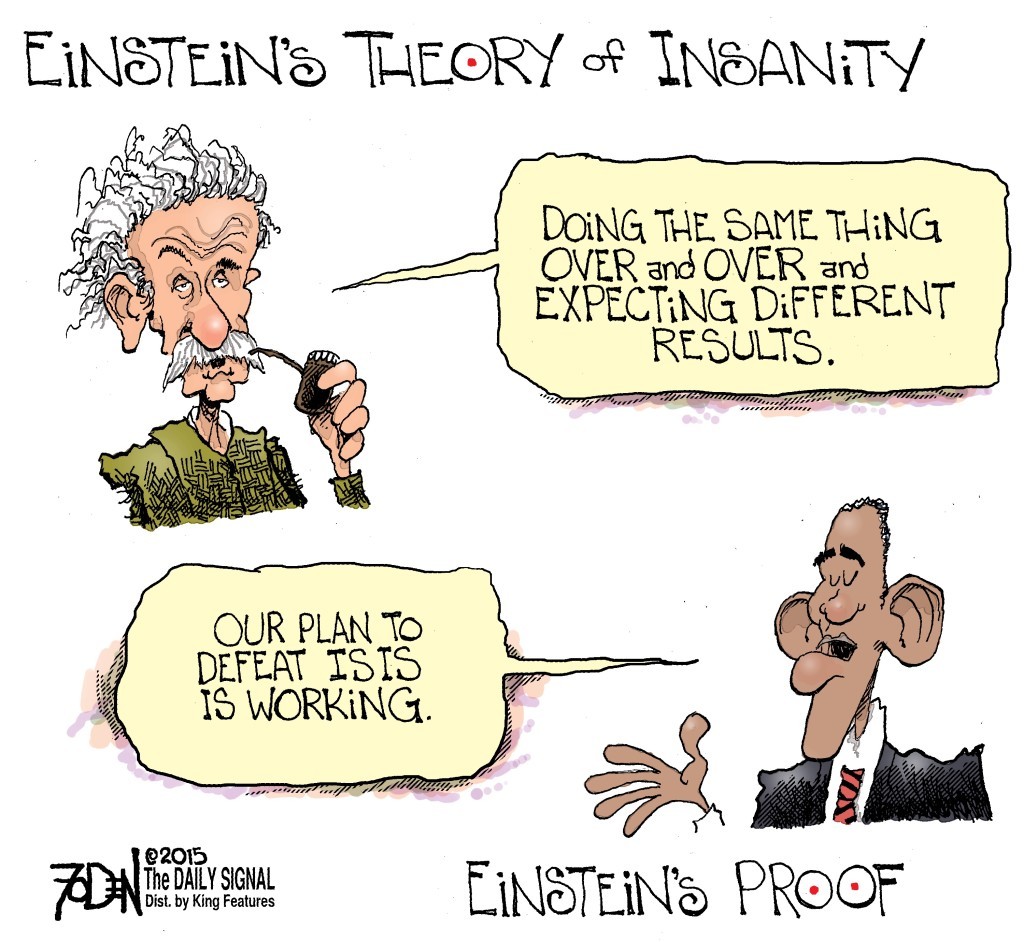 At his national address Sunday night, President Barack Obama lectured Americans at length on the evils of Islamophobia. That is a lofty sentiment, no doubt, but the harangue did strike many as disproportionate. After all, on this score Americans can already be rightly proud.

Despite 9/11; two long and grinding wars against two Muslim countries; terrorist attacks at Fort Hood, Chattanooga, and San Bernardino; and the threat from ISIS, a murderous cult that has beheaded compatriots, Americans have by and large been paragons of equanimity and tolerance.

Candidates may say many things in the midst of an electoral year, but the FBI statistics show that Jews, not Muslims, are the greatest victims of what is designated as religiously targeted hate crimes in America.

To be sure, there have been isolated incidents of bigotry, such as windows broken at an Islamic center in Palm Beach Friday night, and they are reprehensible. But the real story here is that these are isolated events, and thankfully not part of some national furor.

And therein lies the problem. Obama may actually make Islamophobia more likely by A, not reassessing his failed strategy against ISIS, and B, appearing to cynically raise fears of Islamophobia to promote his multicultural agenda.

On the first score, we have the words of former British Prime Minister Tony Blair, who visited Washington last week and had this to say in a speech at the Library of Congress:

A continued failure to recognize the scale of the challenge and to construct the means necessary to meet it, will result in terrorist attacks potentially worse than those in Paris, producing a backlash which then stigmatizes the majority of decent, law-abiding Muslims.

Continued failure to recognize the scale of the challenge or to construct the means to combat it describes precisely the Obama approach, from calling ISIS the “JV team” to obtuse statements about how the way to rebuke ISIS is to lower carbon emissions.

On Point B, the president’s incessant cynicism about his opponents’ motives has never helped the case he is trying to make. Take the issue of refugees.

As with rejection of Islamophobia, taking legitimate refugees is a virtue in which Americans have every right to take pride. The United States, in fact, has taken in 748,000 refugees since Sept. 11, 2001. Over the past few years, despite the ever-present threat of terrorism on the homeland, the United States has responded generously to the plight of refugees worldwide by accepting them at a rate around 70,000 per year.

In Case You Missed It:  WHO COULD IT BE? CNN Reportedly Planning to Drop Another High-Level Personality
Posted in Terrorism, Tyranny and tagged Foundry, Freedom, Governments, Islam, Jihad, Muslims, Obama, Terrorism.