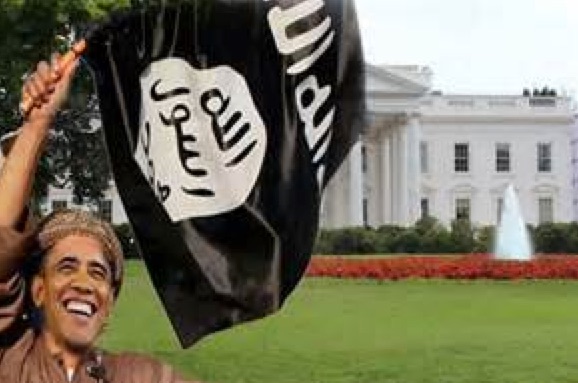 The attacks in San Bernardino, Calif. shocked the nation. Immediately following the attacks, White House Press Secretary Josh Earnest repeatedly called the terrorist attacks “gun violence.” Earnest then used the attack to reiterate President Obama’s determination to change gun laws and promote his administration’s anti-gun agenda. Western Journalism has reported on the Obama administration’s attempts to downplay the incident and their initial refusal to call the shooting a terrorist attack.

On Thursday, a whistleblower came forward. Phillip Haney, a former Department of Homeland Security investigator, says he could have likely prevented the attacks in San Bernardino if the government had let him do his job. Three years ago, Haney had developed surveillance that revealed a global network of jihadists had infiltrated the United States.

Haney, one of the founding members of Homeland Security, had been transferred to the Intelligence Review Unit and it was in that capacity that he discovered the global network of jihadists at work in the U.S. It was at that point when Haney said he was visited by officials from the State Department and the Department of Homeland Security’s Civil Rights Division who told Haney that tracking the jihadists was “problematic” because they were Islamic groups. Haney said his investigation was shut down and 67 of his files were deleted. One of the files that was deleted was an investigation into the mosque that the San Bernardino terrorists frequently attended. Haney claims that he was targeted, reassigned, and eventually lost his security clearance, even though he had received a commendation letter for locating 300 known terrorists in the U.S.

Haney’s claim that he was prohibited from investigating the mosque that the terrorists attended is now being followed up with accusations that Obama issued a directive to downplay the terrorist attacks. Unnamed sources have come forward and reported that the White House tried to spin the attack by putting pressure on officials to downplay what happened as terror, presumably in favor of the term “gun violence.” Jack Murphey of SOFREP wrote that a confidential source revealed, “Obama held a meeting in the Oval Office with his National Security Council, the attorney general, and the directors of the DHS, FBI, and NSA, in which a directive was given to downplay the terrorism angle.”

In Case You Missed It:  THE FALL OF VERSAILLES
Posted in Terrorism, Tyranny and tagged Crime, Islam, Jihad, Muslims, Obama, Terrorism.

Former British Prime Minister Tony Blair strode into Washington last week speaking urgently about the need to have a long-term...