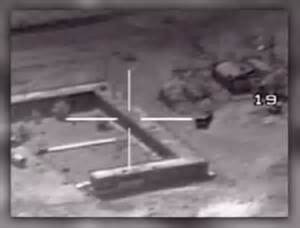 “The quantity of casualties killed in a limited strike today would be insignificant compared to that. Obama could have bombed the Iranian Nuclear facilities to stop their nuclear program, his deal makes nuclear war more likely. An incremental application of force today to stop Iran’s nuclear program is far preferable than a nuclear holocaust in 15 years. A limited war today would be preferable to a full scale nuclear war in 15 years. Obama’s agreement with Iran will not prevent Iran from obtaining a nuclear weapon in 15 years or less.”

In Case You Missed It:  #IStandWithTuckerCarlson: Conservatives Rally to Fox Host’s Defense

In Case You Missed It:  62% of Americans Afraid to Express Political Views, Survey Finds

The choice has never been between war and peace. The choice is between a limited military strike now or a full scale Nuclear War in 15 years. Obama’s choice will lead a Nuclear Holocaust.

Why Is Obama Administration Siding With Iran Over Congress?

The Obama administration’s controversial nuclear deal with Iran has generated a diplomatic kerfuffle that could limit Congress’s latitude in addressing...