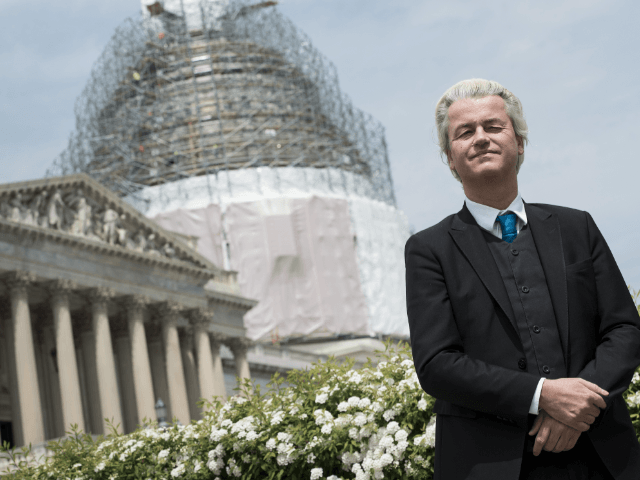 On the last day of 2015, Germany faced the consequences of the irresponsible policy in recent years to allow thousands of immigrants with an Islamic culture to enter the country.

On New Year’s eve, in Cologne and other cities, such as Hamburg and Stuttgart, dozens of women were assaulted, robbed and raped by groups of men with Arab and North African features. According to the police, the men knew each other and acted in groups. Cologne Police Chief Wolfgang Albers speaks of “a whole new dimension of violence.”

The testimonies of the victims are terrible. Women and girls were attacked, robbed and subjected to disgusting and extremely traumatizing behavior. A victim said: “They surrounded us and began to grope us. Their hands were everywhere. I had fingers in every bodily orifice.”

The perpetrators acted as abhorrent testosterone bombs. When I used the word “testosterone bomb” in a parliamentary debate on September 17th last year, I was rebuked by the Prime Minister. He said that it was “a terrible word.” But it is not the term that is terrible; it is the reality that is terrible. And this reality is the responsibility of politicians, such as Mrs Merkel in Germany and our Mark Rutte, who leave our borders open.

If we continue to allow asylum-seekers and immigrants from Islamic countries to settle in our country en masse, then what has happened on New Year’s Eve in Germany, will soon happen on the same large scale in the Netherlands, too. The first signs are already there.

During the parliamentary debate on October 14, 2015, I quoted from emails of ordinary Dutch citizens suffering from the behavior of asylum seekers and immigrants. These mails referred to young girls being “immorally touched”, daughters being “harassed,” women who are told “I want to fuck you.”

The events in Cologne are the signs of a future which lies before us if the government and the majority of the parliamentarians refuse to face the truth.

Cologne is nearby. Our wives and daughters must be protected. The government needs to wake up. Mark Rutte must do his duty. Our borders must be closed. We must de-Islamize the Netherlands.

Geert Wilders MP is leader of the Party for Freedom in The Netherlands.

Questions by Mr Wilders and Mr Fritsma (both PVV) to the Prime Minister and the Secretary of State for Security and Justice about groups of mostly Arab men who assaulted, robbed and raped dozens of young women in Germany.

1.)
Are you aware of reports that on New Year’s Eve groups of mostly Arab men assaulted, robbed and raped dozens of young women in several German cities? (*) (**) (***)

2.)
Are you also aware also of the statements by female victims who said “They surrounded us and began to grope us. Their hands were everywhere. I had fingers in every bodily orifice”? (****)

3.)
Do you agree with Wolfgang Albers, the Cologne Police Chief, that we are dealing here with “a whole new dimension of violence”? If not, why not?

4.)
Do you agree with us that this new dimension of violence is the result of the import of migrants with a violent, Islamic culture that often regards women and young girls as inferior? If not, why not?

5.)
Are you still of the opinion that the word testosterone bomb is a terrible word, as you told the first signatory of these questions during the parliamentary debate on September 17th last year, or do you now finally realize that allowing tens of thousands of Arab men in Netherlands jeopardizes the safety of our citizens? (*****)

6.)
Do you remember the parliamentary debate on asylum seekers of October 14th, 2015, during which the first signatory of these questions read several reports of women who had been harassed by asylum seekers in the Netherlands? If so, why do you continue to endanger Dutch women by allowing the massive admission of asylum seekers? (******)

7.)
Do you realize that, if you continue to leave our borders wide open, it is only a matter of time before mass robberies and assaults such as those in Germany, will also happen on the same large scale in the Netherlands? Do you want to have this on your conscience or are you finally ready to close the Dutch borders to Islamic testosterone bombs?

1000+ Muslim Men In Germany Charged With Rape, Terrorism, And Stealing A Train

This is what happens when you let thousands upon thousands of people who follow a religion that hates you and...