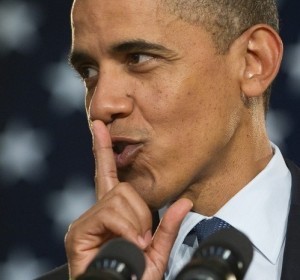 President Obama announced sweeping executive action regarding guns, focusing on increasing background checks. But there’s a little detail regarding the “mental competence” of a potential gun purchaser which should get everyone’s antennae twitching — because the government will be defining it.

Obama has already started working on disarming veterans. And don’t think you won’t be next.

Note: We originally published the remainder of this article in June of 2015. Clearly, this little plan has been in the works for some time.

As WND reported two years ago, the Obama administration had begun sending out what it insisted were routine letters informing veterans that an unidentified “report” indicated they may be declared incompetent and consequently stripped of their Second Amendment rights.

It’s not just veterans with PTSD or depression. The VA recommends many military veterans who it deems “incompetent” and in need of financial assistance to manage their benefits be placed in the “mental defective” category of the national gun ban list.

But it’s getting much, much worse. Are you ready for this?

WND reports people who live with veterans now are being ordered not to possess a gun, and some veterans are told they can “buy back” their Second Amendment rights by giving up their veterans’ benefits.

The United States Justice Foundation (SJF) has uncovered what it sees as a coordinated effort by multiple federal agencies to disarm the American people. The tactics being used are not just violating the Constitutional rights of Americans, but include outright criminal acts such as extortion and blackmail. Veterans continue to be the primary target, but the groundwork has been laid to expand the disarmament efforts to the rest of the population.

The veterans are clearly considered the most dangerous of the gun owners in the country because there are 23 million of us and we all took an oath of office to “protect and defend the Constitution of the United States against all enemies, foreign and domestic.” We are trained to do just that so we pose a threat to those who want to take away our Constitutional republic.

In Case You Missed It:  Election Judge Pleads Guilty to Ballot Stuffing for Democrats

Some veterans get the letter from the VA telling them that because of physical or mental disabilities they are going to be declared incompetent to handle their own financial affairs, and the VA will appoint a fiduciary for them. The veterans are given 60 days to prove they are competent, which is a direct violation of the due process clause of the Constitution that requires the burden of proof be on the government.

The letter also tells the veteran that once they are declared incompetent they can no longer own, possess, purchase, or transport firearms or ammunition. If they do they will be prosecuted. The names of veterans who have been declared incompetent are sent by the VA to the FBI where they are automatically declared to have been adjudicated to be mentally defective to the point of being a danger to themselves or others. They are put on the National Instant Criminal Background Check System (NICS) and can no longer legally purchase firearms. 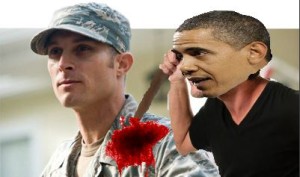 However, none of the veterans who received the letter received any sort of hearing, nor have they been examined by a psychiatrist, psychologist or medical doctor. Even anyone simply LIVING with a veteran can be put on the banned list.

But here’s the wonderful little bit of extortion our government throws in. USJF says veterans who are declared incompetent are being told that if they want to have their Second Amendment rights restored they can simply sign a form from the VA giving up their VA benefits. This is simply unbelievable. On the one hand the VA and the FBI have found veterans to be mentally ill and too dangerous to be allowed to own firearms, while on the other hand allowing these allegedly dangerous people to buy their firearm rights back.

What’s more, in direct violation of the federal HIPAA law that was SUPPOSED to protect the privacy of our medical records, The Department of Health and Human Services is passing the the records of anyone who has ever told their physician they were feeling depressed over to the FBI, even if never treated, and anyone who has taken certain drugs for things like PTSD, ADD, or ADHD, among others. All of these people will eventually be added to the NICS list.

I’m getting depressed thinking about this – uh-oh, I guess I shouldn’t have said that out loud. You never know who’s listening in.

In Case You Missed It:  Materiality is the Key to the Flynn Impasse

Maybe this is one way the government plans to keep Medicare and Social Security afloat. Want a gun? Sure, just hand over the benefits you spent your whole life earning.

[Note: This article was written by Michele Hickford]

What About Tears for Victims of Planned Parenthood, Mr. Obama?

By John W. Lillpop In his unstinting war against the US Constitution, the Bill of Rights, and the hundreds of...