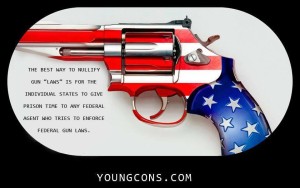 In his unstinting war against the US Constitution, the Bill of Rights, and the hundreds of millions of Americans who follow the law in accordance with the 2nd Amendment, President Obama unveiled a new weapon in his progressive arsenal: Crocodile-sized tears produced “on demand” to convince the gullible masses, especially mainstream media, of his sincerity and feigned concern for children.

To this cowardly show of hypocritical and phony compassion, millions of real Americans will say, in unison, “HUMBUG!” to America’s crier-in-Chief!

Real Americans know that the only tears worthy of shedding in this life or death battle are those shed by patriots lamenting the brutal disrespect for the Constitution brought about by Obama’s arrogant tyranny in the illegal Executive Orders issued to circumvent the will of Congress and the 2nd Amendment!

All ostensibly done to protect the children!

There is another reason for legitimate weeping: That would be for the human embryos slaughtered like worthless pests by the likes of those who operate Planned Parenthood, and whom harvest the slaughtered remains of innocent victims for body parts which can be marketed for sale.

Now THOSE atrocities are worthy of tears!

Except for the fact that Barack Obama, rather than condemning Planned Parenthood, Thanks God for the evil doers and its body parts harvesting enterprises!

This column originally appeared on Geert Wilders’ official page: By Geert Wilders: On the last day of 2015, Germany faced...