The Federal Bureau of Investigation will recommend that the Justice Department bring criminal charges against Hillary Clinton and various of her aides, and soon. The evidence consists of materials that the Bureau has gathered in the course of its months-long investigation of Mrs. Clinton’s personal server. The recommendations will come very soon. 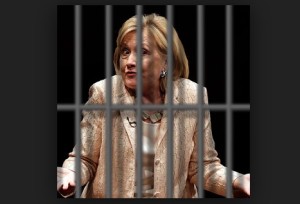 The charges will consist of some of the following:

All the counts are familiar to those of us who have followed the Clintons for a quarter of a century, but, as one source familiar with the FBI’s investigation told me, the evidence has now reached a “critical mass.”

There are those who have said that the FBI has been engaged in a ruse. And that the Bureau will report it has come across nothing criminal. Then the whole imbroglio is expected to blow over.

But such cynics are in the minority. Most sources have said the investigation is genuine, serious, and all but completed. One said that it was completed two months ago. The Bureau has put together a case that as one source put it “is locked up. It is solid.”

In the past, as FBI agent I.C. Smith wrote in his book Inside: A Top G-Man Exposes Spies, Lies, and Bureaucratic Bungling Inside the FBI, the Clintons have benefited from a few corrupt agents, usually in Arkansas. But that was years ago, and in Arkansas. This is the FBI in Washington, at the top where there are plenty of utterly professional law enforcement officials. They believe truth matters and so does the pursuit of justice. “They have been building a case that is unassailable,” one source told me. “It is beyond the case against Petraeus.… It is about the violation of federal statutes.”

The only question now is will the recommendations come this month or within sixty days. Politicians with the presidential itch such as Vice President Joe Biden and Secretary of State John Kerry hope the FBI’s recommendations will come in a week or so to allow them to get into the race. Other observers say the decision will come later. “The FBI,” said one source, “does not care about politics.” Whether it comes tomorrow or in sixty days, Justice Department policies mandate making such decisions as far in advance of elections as possible. If there are conflicting winds blowing in the Bureau or DOJ, they must avoid the appearance of being motivated by partisan politics.

Yet such is the gravity of the charges and the consequences of neglecting them that they cannot be ignored. If they are ignored, people familiar with the investigation say, it will be impossible to prosecute future defendants being charged with the mishandling of classified information. Said Joseph DiGenova, a former U.S. attorney, “The intelligence community will not stand for that. They will fight for indictment and they are already in the process of gearing themselves to basically revolt if [the Attorney General] refuses to bring charges.” FBI Director James Comey has reportedly said he will resign if the Bureau’s recommendations for charges are ignored.

One source familiar with the case said the indictments will begin with the “small fish” starting with Bryan Pagliano, the keeper of Hillary’s server, and move on to the Big Enchilada, Hillary. Whatever happens, seasoned political players have claimed Hillary will continue in the race for Democratic nomination. Joe Trippi, former campaign manager for 2004 presidential candidate Howard Dean, was overheard in the Green Room at Fox saying Hillary will run to the end.

Stock Market Crash 2016: This Is The Worst Start To A Year For Stocks Ever