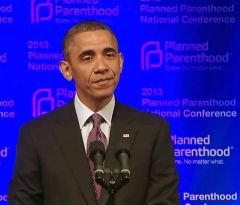 The unexpected convergence of two major news stories provides the world with a great opportunity to start the new year in a way that protects innocent people against the ravages of a drug king pin, while addressing the urgent need to cut the legs out from under a dangerous lame duck politician who imagines that he is king!

Specifically, as reported far and wide, Mexican drug kingpin Joaquin “El Chapo” has been recaptured and sent to the same prison from which he escaped just a few months ago. The world’s most wanted drug baron was arrested in a military raid early Friday that left five suspects dead in Los Mochis, a coastal city in his native northwestern state of Sinaloa.

Legitimate concerns about the ability, and willingness, of the corrupt Mexican government to contain El Chapo are being expressed everywhere, including in the US where authorities have requested that the surly Mexican thug be extradited north to answer for crimes committed in the Promised Land.

Given the fact that Mexico has actively promoted the illegal invasion of America by 12-30 million Mexican peasants, the request for the head of yet another offending Mexican felon does not seem too onerous.

Still, Mexico’s politicians are not known for acting in a manner that benefits America, even when doing so would benefit the third-world failed state itself!

Meanwhile, as El Chapo plots his next drama-filled, made for TV escape and resumption of Lordship over the world’s most vile drug empire, American interests are being hindered by a daft president who is intent on shutting down the GITMO detention center which has been used to detain the most dangerous, evil terrorists in the world.

Until, that is, Obama started shipping head-cutting jihadists back to the front lines to wage war against heroic American men and women

Indeed, Barack Hussein Obama has made it clear that he will do anything to fulfill his election promise to close GITMO before he leaves office on January 20, 2017. In typical Obama fashion, he considers quitting GITMO to be an intricate part of his “strategy” for defeating ISIS!

With all due respect to our muddled leader, the sensible thing to do is to recognize that 3rd-world Mexico cannot, or will not, protect the world from El Chapo. He is too wily and smart for Mexican mortals to handle.

So instead of carrying water for Islamic extremists, Mr. President, why not do what is best for America and Mexico: Keep GITMO open indefinitely, and send El Chapo there where he and the Castro brothers can while away the hours cursing America in profanity-laced Spanish!

On Monday, the Supreme Court will hear oral arguments in the case Friedrichs v. California Teachers Association. Rebecca Friedrichs and...