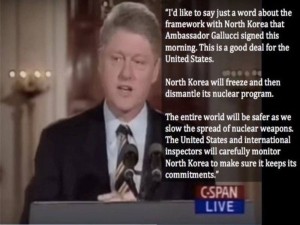 White privilege is the latest catch phrase used by liberal scammers to perpetuate the “Legacy of Discrimination” and the entire notion of inequality, oppression, and unfair practices which always gift white males with undeserved advantages.

Even the slightest hint of inequality will usually send liberals into bitter attack mode; usually being very much the operative term.

An excellent case in point involves two famous and once powerful American men, each of whom has been accused of sexual misconduct, including rape, by seemingly credible women.

In both cases, the alleged misconduct took place years ago when the perceived virility of the accused made the accusations more or less logical, if not entirely believable.

The differences between the two accused men are significant.

One is a celebrated comic, long revered as a model father figure and beloved throughout American society for his strong traditional family values.

The other is a charismatic political leader who ascended to the office of the most powerful man in the world and served two terms as president of the United States.

There are other differences. The comedian is in his late 70s and has been indicted for sexual crimes. If convicted, he faces spending the rest of his life behind bars.

He is African-American; his name is Bill Cosby.

At the other end of the privilege paradigm is a man who was found guilty of perjury while serving as US president and who was temporarily disbarred from practicing law and arguing before the US Supreme Court.

His dossier of predatory sexual behavior includes reams and reams of allegations from multiple women, including a charge of rape made by Juanita Broaddrick, a charge which has never been adjudicated in a court of law.

He is a white southerner; his name is Bill Clinton.

As of this date, the accused black man faces the prospect of losing his freedom for the rest of his life if convicted, whereas the white man is considered a hero by many in Democrat Party circles.

Furthermore,the white man is actively engaged in trying to return to the White House as the spouse of Hillary Rodham Clinton, who, if elected, would be first woman elected to the US presidency.

The big question: Where is the outrage from liberals over the injustice and “white privilege” enjoyed by Bill Clinton?

Forget the presidency, Obama wants to rule the United Nations, but One man may stop him.   The Jerusalem Post...