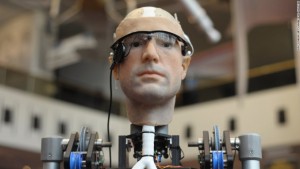 The coming explosion in Artificial Intelligence, robotics, and Humanoid technologies could be just what the doctor ordered in order to restock the conservative base without the time-consuming and costly aggravations of PC diversity and other pandering nonsense.

Rather than competing with Democrats to win over illegal aliens, gun control freaks, potential jihadists, sexual deviants, abortion advocates, socialists, multicultural enthusiasts, peace mongers, feminists and other progressive undesirables, conservative leaders should work with scientists to develop humanoid machines that can be programmed to vote straight conservative, indefinitely and automatically.

Such machines are urgently needed to assure that the likes of Barack Obama are never again able to seize the US Presidency and take the nation on a journey to the gut-wrenching, fundamental transformation by exploiting the “stupidity” of American voter and by masking such tactics by covertly suppressing transparency!

It would, of course, be necessary to devise and implement laws that would allow only conservative humanoids to vote; however, creative technical wizards can work around that obstacle easily enough.

Time is of the essence! Liberals already have approximately 47 percent of voters mesmerized into voting stupidly in exchange for free cell phones, food stamps, and other costly gratuities paid for by taxpayers.

Quick action is needed to avoid disaster this November!

In order to preserve our liberty and the purity of our democracy, we need 4-6 million fully-programmed conservative humanoids ready for assignment to strategically critical precincts in crucial battleground states next November!