Many of us got a glimpse of what went down in Benghazi when seeing Michael Bay’s new film, “13 Hours,” which depicts the attack on our consulate there. (If you haven’t yet seen it, check out Col. West’s impressions of the movie here.) 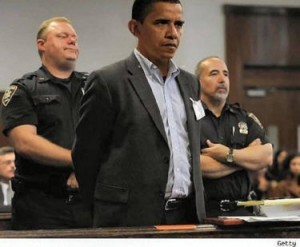 There was controversy surrounding one scene in the movie where respondents are given a “stand down” order. As we reported, Trey Gowdy has corrected the critics, noting that there is in fact eyewitness testimony that a stand down order was given.

But something much worse than a stand down order was given.

There was military aid sent – but they were ordered to turn back. If true, this new evidence points to someone besides Hillary — yep, you guessed it, President Obama.

The evidence is overwhelming that the United States had several rescue teams ready to go during the 2012 Benghazi attacks, but someone — possibly the president himself — prevented them from acting. So said Emmy Award-winning journalist Sharyl Attkisson to talk show host Steve Malzberg in an interview on Wednesday.

This week on her show, “Full Measure,” Attkisson looked into the aborted rescue mission in an in-depth two-part report, “Rescue Interrupted,” which you can watch here and here. She spoke with a Green Beret commander who told her that there were actually Special Forces on their way to Benghazi who were turned back.

Col. Andrew Wood had once commanded a Special Forces anti-terrorism team protecting Ambassador Chris Stevens and other diplomats in Libya. In October of 2012, Woods told Congress that one month before the attacks in Benghazi, his team had been removed from Libya by the Obama administration, despite the numerous warnings of impending terrorist attacks. Wood told Attkisson that Special Forces (the ones mentioned in the “spinning up” email from Jeremy Bash) were on their way to Benghazi, but were ordered to turn back.

“Those individuals I know loaded aircraft and got on their way to Benghazi to respond to that incident. They were not allowed to cross the border as per protocol until they got approval from the commander in chief,” Wood explained.  “That authority has to come from him or they’re not allowed to enter the country.”

Attkisson told Malzberg, “This is something that the president and the White House has steadfastly denied, but there’s now what I would call an overwhelming body of evidence that leads us to believe that somebody stopped a number of teams and potential rescuers from entering Libya or going to Benghazi to help while those attacks were underway.”

“They could have gotten there before the last two Americans died,” Attkisson noted. “Those attacks went on for eight hours.”

We’ve been misguided in focusing most of the blame on Hillary it seems. Obama had a hand in the disaster as well.

Tragically, four Americans lost their lives in those 13 hours; just know that it absolutely could’ve been worse. Those men made a stand, it was an Alamo moment that could’ve had the same result.

Strikingly, you realize in seeing “13 Hours” that the entire episode was being broadcast by a drone above, an unarmed drone. You realize that for some odd reason, Americans were in contact for 13 hours, and never did the Stars and Stripes come to the rescue.

Hillary has remained silent about the film, probably because she realizes drawing as little attention as possible to herself and Benghazi is her best bet. That was until she was asked on CNN if she’d seen the film. Watch the clip with her infuriating reply below:

You heard that right: she’s just too busy campaigning to see it. 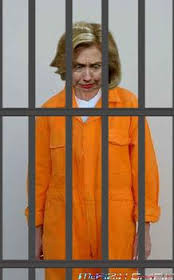 As Jay Caruso at Red State pointed out:

Here is the other thing to keep in mind. She is “too busy” to see this movie but she has more than enough time for:

Further proof that the laws of economics don’t give a flying leap about FEEEEELINGS, we have this news from Wal-Mart....