Conservative Review Editor-in-Chief Mark Levin explained why Donald Trump, the supposed anti-establishment candidate, is siding with the establishment on the ethanol mandate.  It has everything to do with trying to pander for votes.  Listen: 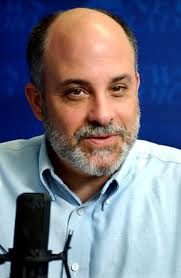 Levin explained what crony capitalism is. That it is the state picking winners at the expense of others.  In the case of ethanol they have made it mandatory in cars, even though it is proven that it does not reduce oil usage, because oil is needed for the production of ethanol.  That it hurts engines.

The most damaging thing that ethanol does, according to Levin is add to famine and poverty in the third world, by limiting the production of food crops, as the land is used to grow ethanol feedstock instead of food.

Levin focused on the fact that Donald Trump is going all in for ethanol to pander to Governor Terry Branstad in Iowa.  He told his audience that Branstad’s son makes a living from the ethanol industry.

Conservative Review’s  Robert Eno went through the Branstad families ties to ethanol today, when he showed how their attacks on Ted Cruz show that any attempt to paint Cruz as pro-ethanol is false. No matter what Marco Rubio says.

Stacey Dash weighs in on people criticizing the Oscars

Stacey Dash weighs in on people criticizing the Oscars. “Either we want to have segregation or integration. If we don't...