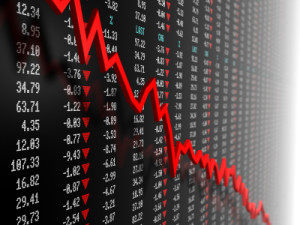 A dismal start for the stock market this year has pushed the Standard Poor’s 500 index into what is known as a “correction,” or decline of 10 percent or more from a recent peak. Here are some common questions asked about corrections and what they mean to investors:

WHAT IS A STOCK MARKET CORRECTION?

A “correction” is a Wall Street term for when an index like the SP 500 or the Nasdaq — or an individual stock — falls 10 percent from its most-recent high. The SP 500, the index that investors pay most attention to, fell 48 points Wednesday to 1,890, which is 10.4 percent below its recent high of 2,109 set on November 3. A correction is not the same as a bear market, which is defined as when a stock index or individual stock falls 20 percent from its most-recent peak.

IS THE ENTIRE STOCK MARKET IN A CORRECTION?

Almost. The Nasdaq, a technology-dominated index that far outperformed the other two major indexes in 2015, is lagging the other indexes this year and fell into a correction on Monday. On Wednesday it fell 159 points to 4,526, and it is now down 12.2 percent from its recent peak on December 2. The Dow Jones industrial average, comprised of just 30 stocks, is not quite there. It fell 364 points on Wednesday to 16,151, 9.9 percent below its November 3 peak.

WHEN WAS THE LAST TIME WE HAD A CORRECTION?

The U.S. stock market entered into its last correction in August. That correction, much like this one, was sparked by financial turmoil in China.

In Case You Missed It:  Indonesia: An Asian Powerhouse Growing Fast

Chinese stock markets have been extremely volatile in recent months, rising to record highs and then plummeting on worries about policy changes, slowing economic growth and a weaker currency. While U.S. investors are not exposed to those stock markets directly, China has been the engine of global economic growth since the financial crisis and weakness there concerns investors everywhere.

Those concerns have had an outsized effect on prices of oil and other commodities because China is such a big consumer, and energy companies have led markets lower in recent weeks.

ARE CORRECTIONS A NORMAL THING FOR THE MARKET?

Stock market corrections have historically happened every 18 months. The August correction was the first in nearly 4 years, an unusually long gap. Even the most bullish of market strategists say a correction is ultimately healthy for a market because it removes some of the froth and speculation, and allows investors to buy stocks at more reasonable prices.