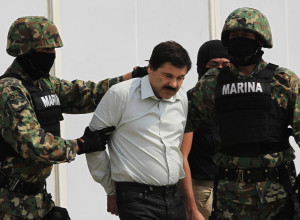 Corrupt, power-mad egomaniacs like Barack Obama, nearly all Congressional Democrats, as well as more than an acceptable number of RINO Republicans like Jeb Bush, Marco Rubio and others, continue to perpetuate the outrageous myth that America cannot deport tens of millions of illegal aliens.

To which alert patriots immediately demand: Why the Hades not?

After all, each and every one of those criminal invaders came here one at a time; let us send them home the same way!

To facilitate that process, the list below provides a partial rendering of the benefits that would come our way if deportations started in earnest this afternoon:

*Emergency rooms would be used to treat medical emergencies, instead of being day care centers for freeloading, non-English speaking, foreign parasites;

*California would again be a blue state. Perhaps, in time, the Golden State might even become a safe haven for flying the American flag and other “jingoistic” expressions;

*Leaf blowers and other symbols of the 3rd-world transformation of America would go the way of analog TV and “I Love Barack” buttons;

*Nachos, tacos, and burritos would be imported treats, rather than being hawked on every street corner by non-English speaking illegals;

*Obesity would decline sharply as sedentary Americans would be forced to mow their own lawns, clean their own toilets, and wash their own cars;

*San Francisco’s Board Of Supervisors would be reduced to a gaggle of mentally and morally retarded, and otherwise unemployable, outlaws, all in deep, dark depression over the loss of their status as a “Sanctuary City”;

*Demand for bilingual teachers would decline to the same level as for typewriter and Hillary Clinton’s “Inevitability” moniker;

*Unemployed (and unemployable) ACLU attorneys would be rehabilitated and forced to flip burgers and scoop fries just to survive. Justice at last!;

*The Catholic Church would revert to being a “sanctuary pew” for gay priests, pedophiles in training, and poor white trailer trash too hooked on cigarettes and booze to be Mormons;

*Fast food restaurants would no longer exist, forcing Americans to feast on tofu and celery, thereby putting hundreds of cardiac surgeons out of work;

*Instead of a huge budget deficit, California would have an obscene surplus–taxes would be cut 20 percent;

*Freeing poor illegal aliens from “Living in the Shadows of American society” would no longer be the rallying cry for millions of Marxist wusses intent on destroying our great nation!
*The Donald would win the US Presidency in a landslide!

Two States for two Peoples? Why France refuses to recognize Israel as the Jewish State if it recognizes”Palestine”

"Why exclude Jordan? Jordan was created in British Mandate Palestine, must be part of the solution. Jordan's Queen is Palestinian,...