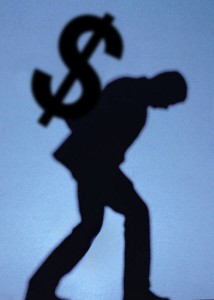 That’s more than $58,000 for each person that lives in the U.S. today (including children).

The main culprit behind the rising deficits and debt is growing federal spending – especially among Social Security, Medicare, Medicaid and Obamacare.

Traditionally Congress has set a limit for how much debt the U.S. may take on, known simply as the debt limit. But rather than put a higher limit on the debt, lawmakers and the president have repeatedly suspended the debt limit; most recently in November of last year through March 15, 2017. During a debt limit suspension, the Department of Treasury is authorized to borrow however much that is needed to pay all federal obligations that come due. This means there is basically no limit on debt the U.S. may take on.

The House Financial Services Subcommittee on Oversight and Investigations will host a hearing on “Unsustainable Federal Spending and the Debt Limit.” I’ll be among the witnesses, together with my colleagues Dan Mitchell of the Cato Institute and Veronique De Rugy of the Mercatus Center.

Several analysts have called for a permanent debt limit suspension or full repeal of the debt ceiling statute. In their view, the debt limit is an archaic law that serves little to no useful purpose today. They argue that because Congress authorizes all spending, it’s nonsensical to have a separate limit on borrowing. Moreover, they warn that debt limit negotiations are dangerous and bring the nation to the brink of default.

This view is wrong. At a time when more than $8 out of every $10 in additional federal spending – over the next decade – is growing on autopilot, the debt limit is a critical tool in Congress’s arsenal to bring about positive change.

And change is desperately needed. The Congressional Budget Office (CBO) projects that outlays will grow from $3.7 trillion in 2015 to $6.4 trillion in 2026. Moreover, spending growth is projected to outpace economic growth, as outlays are expected to grow from 20.7 percent of gross domestic product (GDP) in 2015 to 23.1 percent of GDP in 2026.

Federal healthcare programs like Medicare, Medicaid, and Obamacare, plus Social Security, and interest on the debt are responsible for 83 percent of the projected increase in spending over the next decade.

Growing spending is driving deficits ever higher. Deficits are projected to reach the trillion dollar level by 2022 and continue growing from there. In total, the federal government is projected to rack up an additional $9.4 trillion in deficit spending over the next decade.

CBO projects that the debt will be $26.3 trillion by the end of the decade. The debt limit presents a decisive, action-forcing moment for Congress to put words into actions, and to pursue structural entitlement reforms that will put the budget on a lasting path to balance.

CBO projects that the debt will be $26.3 trillion by the end of the decade.

This means Congress must act, and soon – through charting a path to balance with the annual congressional budget. Then Congress must pursue its budget plan with implementing legislation.

Congress must use all of its leverage to prevent a fiscal crisis, during which investors would demand much higher interest rates to continue lending to the United States, from happening.

Default should never be an option. The Department of Treasury can prioritize debt obligations at the debt limit and Congress would just as soon grant Treasury Department additional flexibility at the debt limit to borrow for the purpose of preserving the full faith and credit of the United States of America.

Congress should reform entitlement programs and put the budget on a path to balance, before increasing the debt limit again.

In Case You Missed It:  The geoengineering KILL SWITCH has been activated for the entire planet – Feat. Dane Wigington
Posted in Freedoms and tagged Congress, Conservatism, Constitution, Foundry, Freedom, Governments, Obama, United Socialist States of America.

Texas Sen. Ted Cruz is the projected winner of the Republican Iowa caucuses

BREAKING NEWS:  Texas Sen. Ted Cruz is the projected winner of the Republican Iowa caucuses. Full results via the Associated...