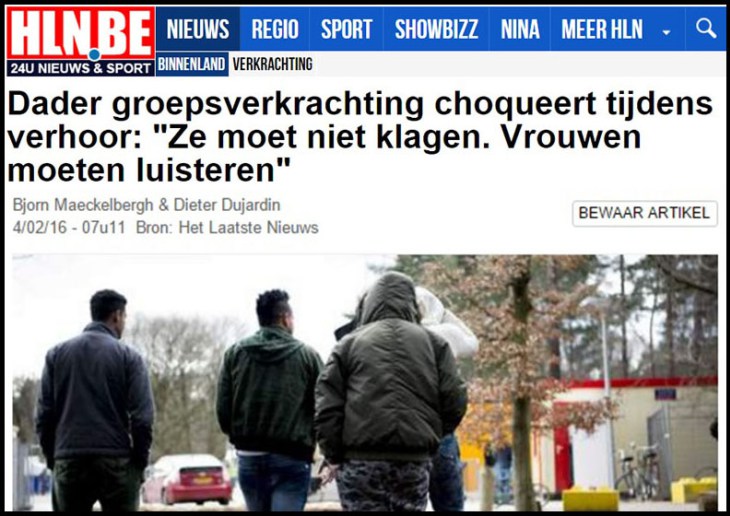 Rape is the most natural thing in the world,” and “women must obey men,” were just two of the defenses offered by some of the seven Muslim invaders recently arrested for a gang rape of an unconscious 17-year-old white girl in Ostend, the Het Laaste Nieuws (HLN) newspaper has reported.

The gang rape took place in November 2015, and was reported to the police—but the seven Muslims arrested—including at least two “asylum seekers”—were only identified as the perpetrators after an investigation into an unrelated incident revealed a deleted cell phone video of the attack.

One of the Muslims, a 14-year-old who goes to a local school, was being investigated for “possible radicalization” after he started showing people pictures of himself on Facebook in military clothes and holding a firearm.

When the police took possession of his cell phone, they recovered a deleted video on the device’s hard drive which showed the invader, along with six others, “dancing, laughing, and singing in Arabic around their victim who was lying passed out,” HLN reported. 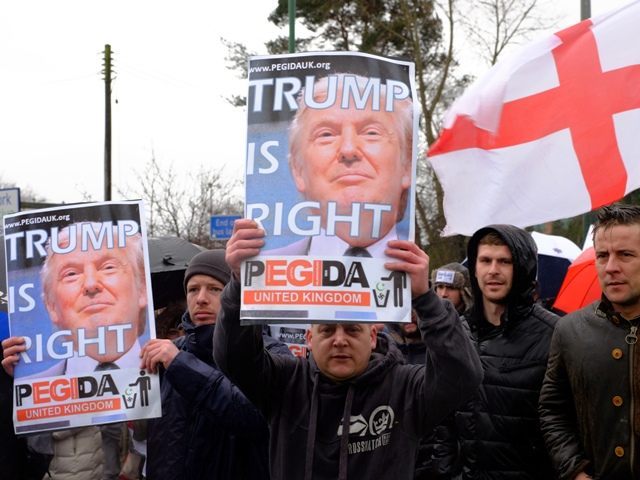 The men then pulled down her underwear, pushed her legs apart, and groped and raped her. All seven are Iraqis, and two of them only recently arrived in Europe along with the Angela Merkel-inspired nonwhite “refugee” invasion.

The offenses were committed in a private home in Ostend, police reported, and the detectives were able to quickly identify all those involved, leading to their arrests on February 2, the newspaper continued.

When under questioning, the Muslims flippantly remarked that the victim has “nothing to complain about. Women must obey men.” A second attacker told the police that the girl asked to have sex with them, even though the video shows her to be unconscious. A third told the police that “rape was the most natural thing in the world.”

Belgian Secretary of State for Asylum and Migration, Theo Francken, was quoted as saying that the invaders would all be deported upon completion of their prison sentences.

The Virus of Islam: Can It Be Cured?

Risking the violation of political correctness, decades of closely and carefully studying Islam, has led me to the following observation:...