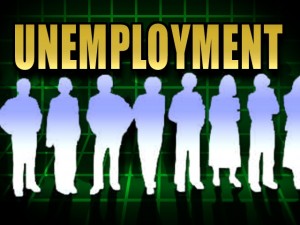 It happened again on Friday. Two pieces of news that don’t seem possible to square with one another. On the one hand, the U-3 unemployment rate declined to 4.9 percent, which sounds like wonderful news! On the other hand, the economy only created 151,000 new jobs, which is not even enough to keep up with population growth.

So how can this be? We’ve dealt with this many times before, of course, but since the lamestream media never catch on we’ll have to keep doing it. The U-3 unemployment rate doesn’t consider the underemployed or those who have left the workforce. So as far as this measure is concerned, if you give up looking for work, you don’t even exist.

That’s like saying the death rate is zero because we only count the living.

In the past month, more than 360,000 left the work force, which follows a total of 284,000 who did so the previous month. To some degree this is to be expected because people get seasonal jobs around the holidays. But remember, these are people who want jobs but have hit a dead end in their search. The fact that they had seasonal jobs and left them doesn’t mean they’re happy about it.

That’s why you can’t ever judge the employment picture by the U-3 rate. You have to look at several factors to understand where the economy really stands. One is GDP growth, which was an anemic 0.7 percent in the fourth quarter of 2015. Another is the ratio of jobs created vs. people leaving the work force. If you create 151,000 jobs but see 360,000 people leave the work force in the same month, that’s not a net positive, and it’s more the type of performance you’d expect in an economy dragging itself along at a growth rate of just 0.7 percent.

The exodus of people from the labor force has been the most underreported economic story of the Obama presidency, partly because the media don’t understand the issue and partly because those few who do are either keeping quiet to protect Obama or, if they do talk about it, can’t seem to make the issue resonate.

And this is not an unforeseen consequence of Obama policies. It’s the idea. Obama policies have always aimed to make it easier for people not to work. You can stay on unemployment longer. You can stay on your parents’ health insurance until well past the time you should be gainfully employed. Recently he proposed to have the taxpayers reimburse you if you take a pay cut.The current labor force participation rate is just 62.7 percent. It actually just went up one-tenth of a percent, but the ballpark we’re talking about here is the lowest we’ve seen since – not surprisingly – the Carter Administration.

Every incentive of the Obama economic program is against work, against productivity and against profit. So why should anyone be surprised that more than 94 million people who should be in the workforce are not?

And when you’re only producing 151,000 new jobs per month, how do you expect to bring 94 million people back into the workforce? You can’t. You need real growth policies that are friendly to productivity and corporate profits, which we’ll never get from Obama – and which we’ll obviously not get from Hillary or Bernie.

Unfortunately, most people who get their economic news from the lamestream media don’t know any of this. And they don’t want you to know.

In the Safe Spaces on Campus, No Jews Allowed

No Jews allowed in safe spaces on campus,  you would think this story originates out of Saudi Arabia or Iran,...