By David Bedein, Israel Behind the News— 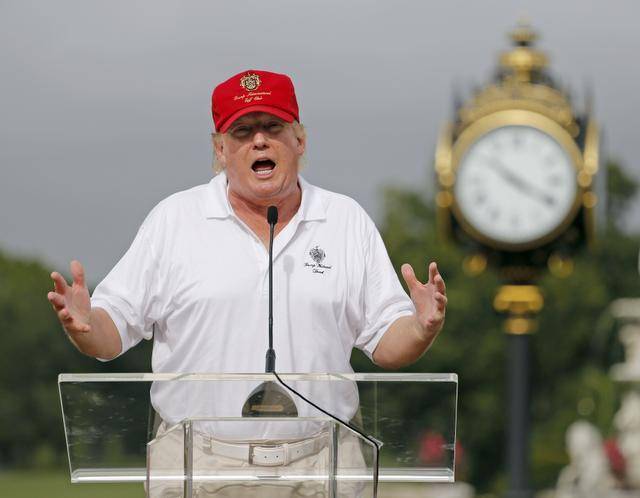 Rabbi Rosenberg maintained that his instincts were that Trump would make a strong President who would be both fair and friendly to Israel.

Issuing numerous press releases under the name of RABBIS FOR TRUMP, Rabbi Rosenberg eventually changed the name of the organization to RABBI FOR TRUMP and opened it to non Jews. This did very well. The instructions were to press the “like” button. The new group got 1500 hits in a matter of a few days.

However, Trump made statements at the Republican Jewish Coalition which questioned whether Israel had the right to claim all of Jerusalem and which indicated that Trump may impose his own diplomatic solution, which angered many at at the RNC.

At that same RNC venue, Trump stated he did not need to run after Jewish donors , which only added flames of anger against Trump.

Following the RNC incident, Rabbi Rosenberg began to get calls from the press about Trump’s position about Israel.

Rabbi Rosenberg did the logical thing and called the Trump headquarters to ask for the Trump platform on Israel. No response.

Our news agency, which has covered the Israel aspects of every US election since 1988. also called the Trump HQ and asked the Trump headquarters for the Trump Israel platform.

We got no response except for a statement from someone who answers the Trump HQ telephone that “he is pro Israel.”

Over the past month, Rabbi Rosenberg called the Trump campaign numerous times and asked for the Trump platform on Israel.

The Republicans Abroad chapter in Israel confirmed that they also could not get an answer about Trump’s Israel platform.

Someone who volunteered in the Trump campaign told Rabbi Rosenberg that the Jewish vote was unimportant and that an Israeli platform was not needed.

That was the straw that broke the camel’s back. Rabbi Rosenberg had enough and has disbanded his Rabbi for Trump organization, on the eve of the crucial New Hampshire primary.

In Rabbi Rosenberg’s words, his “love for Israel and the Jewish people supersedes any loyalty to a political candidate.”

Why Congress Should Care About Puerto Rico

Puerto Rican legislators and lobbyists have flooded Capitol Hill this year asking Congress to intervene on the debt-ridden island’s behalf....