Hot on the heels of Israel’s erasure from the map by CNN, NPR, and the Health Professions Council of South Africa, the latest example has been brought to our attention. 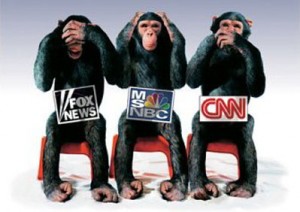 While the episode of the Discovery network’s Science Channel’s “What on Earth?” was originally broadcast in March 2015, it is still appearing on recent reruns. The “North Korea is Burning” documentary features a short graphic segment that includes a satellite covering the Middle East. The names and borders of regional states are superimposed.

Israel, however, does not appear. Instead, in a departure from the usual replacement by “Palestine,” Jordan has expanded its borders to encompass the entire area of Israel. In addition, Lebanon has also been erased suggesting that this is a case of sheer incompetence on the part of the producers.

Whether the result of deliberate malice or sheer incompetence, the result is the same: Israel has been erased from the map. The Discovery Channel needs to take responsibility for what is a serious error and include a clarification and correction on any future reruns.

Given the continuing campaign of delegitimization, it is completely unacceptable for Israel not to be included on any map of the Middle East by the media. HonestReporting intends to pursue these map failures whenever and wherever they occur.

You can contact the Discovery Channel through its viewer relations page – https://corporate.discovery.com/contact/viewer-relations/.Please ensure that you fill in the appropriate boxes i.e. Network: Science Channel; Show: What on Earth? The episode “North Korea is Burning” is from Season 1 Episode 5.

The fight over who should fill Antonin Scalia’s seat on the Supreme Court broke out quickly after the justice’s death...