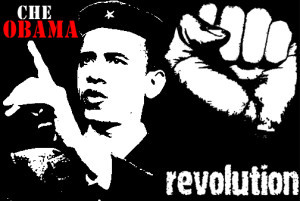 Insurgent candidates like Donald Trump owe much of their recent success to the utter failure of the Republican Party to act responsibly in opposing and thwarting the tyrannical disrespect for the US Constitution, the rule of law, and American values enacted by Barack Obama.

Simply put, many Americans are “fed up” with the Obamazation of our once-great nation and culture, and are equally outraged by Republican complicity in Obama’s “Fundamental transformation of America” into a third-world sanctuary nation where illegal aliens, Jihadist sleeper cells, and other undesirables are welcomed with open arms, while law-abiding citizens are targeted for political persecution, or worse, by out-of-control government bureaucrats.
With the tragic and untimely death of Supreme Court Justice Scalia, the risk to the American way of life and values has exponentially increased.

To wit, if Barack Obama is able to nominate and succeed in installing another left-wing radical to the SCOTUS, thereby giving the far left a 5-4 court majority, America’s proud legacy as a fortress of human Exceptionalism will surely be swept into the dustbin of history as major issues are decided by a court no longer in love with the Constitution, no longer enamored by the rule of law, and no longer faithful to those unique values and traditions which have made our nation great.

Scalia’s death represents a major constitutional crisis for our beloved Republic, and a major set- back for the American way.

Barack Obama, the tyrant who willfully subverts the US Constitution, Congress, and will of the American people with unlawful Executive Orders, must not be allowed to further downgrade the Supreme Court.

To this end, the US Senate must do everything possible to delay confirmation of a new justice until the power of the presidency is wrested from the hands of the Marxist, terrorist-favoring, anti-American renegade now in possession of the keys to the Oval Office!

There can be no compromise, no horse trading, no secret deals in smoke -filled rooms when it comes to the very future of America.

The US Senate must stand firm in refusing to further enable Obama’s wicked agenda for destroying America!

The big question: In this time of mind-numbing crisis, can we the people count on Senate Majority leader Mitch McConnell to abandon his RINO leanings long enough to advocate on behalf of the real America?

There’s only one thing more stressful than buying a home, finds survey : DIVORCE