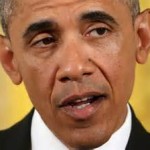 Once again, American patriots are expected to “celebrate” a holiday for which we the people have no object upon whom we can honestly vest our affection.

Indeed, President’s Day is, and has been for the past seven years, a day of mourning and sadness for patriotic Americans, given the fact that we have no honorable president to tout– at least no president who shares our American values and heritage.

Aside from the closeted Muslim, bitter hater of all things Caucasian and American, and entrenched Marxist now occupying the White House, we the people have nothing to celebrate on this President’s Day.

Still there IS cause for hope. If voter stupidity and transparency aversion can be muted in November, American CAN be made great again!

The next president, provided such is not some damn goofy commie named Hillary or Bernie, can set about the task of undoing eight years of brutal neglect and crime sponsored by Barack Hussein Obama and his Marxist minions.

Be forewarned, It will take time to gut the Obama legacy, but we can do it—with God’s help and a relentless determination to do what is right for America.

Hell, given even a smidgen of luck, we could be joyfully celebrating the return of common sense and civility to the White House next February.

Wait until next year, pilgrim!

In Case You Missed It:  FBI Seeking Tips to Identify Members of Mob Who Stormed Capitol
Posted in Freedoms.

Senate in Turmoil Over Whether Obama Should Fill Scalia’s Seat

Lawmakers from both parties exchanged salvos Sunday over who should fill the Supreme Court seat vacated Saturday by the death...