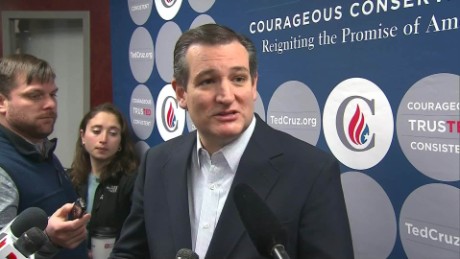 With the many vile attacks on the character of Ted Cruz by Donald Trump and Marco Rubio, Cruz felt the need to call out these attacks for the lies they are at a press conference in South Carolina.

Trump is a leftist running as a conservative and has an abysmal record on conservative issues.  Since he cannot defend his own record, he needs to disguise it and lie about his opponents’ records including the proven conservative record of Senator Ted Cruz.  Now, Trump is threatening another lawsuit (first lawsuit threat was about standing to run as President) on the ad that Cruz is airing that shows Trump discussing his pro-choice beliefs about abortion.

What is incredible about this lawsuit is that Trump claims that the ad is full of lies even though they are his own words.  The words are actually being said by Donald Trump in an interview that aired on national television.  Trump is threatening to sue Cruz for Trump’s actual words.  This lawsuit would obviously be frivolous and is meant to detract from discussing actual issues and policy positions that would continue to expose Trump as a leftist.  If Trump really wants to sue someone, then Trump should sue himself since he said the words that he does not want to hear.

Watch the press conference below: