New population figures released by the U.S. Census show that Latinos have passed whites as the largest ethnic group in California. The tally shows that as of July 1, 2014, about 14.99 million Latinos live in California, edging out the 14.92 million whites.

Latinos in each county 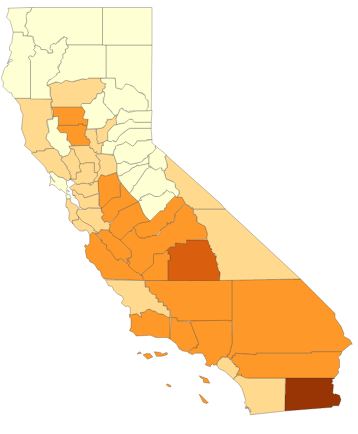 In Case You Missed It:  DEATH BY VAX: Excess mortality up 17% among the fully vaccinated
Posted in Freedoms and tagged California, Immigration, White Minority.

Prospects for Bush Family “Dynasty” Dashed in South Carolina! Jeb Bush, whose father and brother served as US Presidents, came...