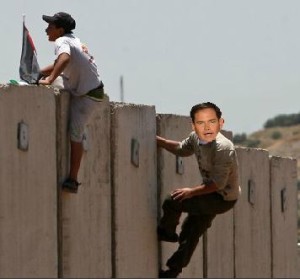 Dena Moore and Leo Perrero were two Disney workers who were informed that they were going to be laid off during the holiday season of 2014. They—along with scores of their colleagues—were told that before they were let go, they’d be forced to train their low-skilled foreign replacements brought in on H-1B visas. Earlier this week, Perrero testified before the Senate Judiciary Committee about the humiliation he was forced to endure by training his foreign replacement. While Donald Trump has called on Disney to hire back all of these workers and has pledged to end H-1B job theft as President, Sen. Marco Rubio has pushed to expand the controversial H-1B program—he has introduced two bills that would dramatically boost the issuances of H-1Bs. As recently as last year, Rubio introduced a bill—endorsed by Disney’s CEO Bob Iger via his immigration lobbying firm—that would triple the issuances of H-1Bs. Disney is one of Sen. Rubio’s top financial backers—having donated more that $2 million according to Open Secrets.

“What a great disappointment Marco Rubio is,” Rubio constituent and displaced Disney worker Dena Moore told the crowd. “Backed by Disney and other companies to push through legislation that have brought H-1B visas to us and he has sabotaged Americans.”

The Disney workers were introduced at the rally by their attorney who is representing them in their discrimination lawsuit against Disney, Sara Blackwell. In her introductory remarks Blackwell explained, “The thing about Trump that’s different than anybody else is that he can’t be bought. We have a chance to stop this problem in America. It’s got to be by a president and politician where they won’t be bought by Disney’s Bob Iger or by Mark Zuckerberg of Facebook, by all these billionaires who benefit from firing our American workers. “

“Americans are losing our jobs to foreigners and politicians are supporting and/or promoting this behavior,” Moore explained. “If we want to achieve the American dream—or even, more importantly, keep what is ours: the American dream that we have already struggled to create, the American dream that others have sacrificed for us, now is the time to link arms with a champion. I believe Mr. Trump is for Americans first and foremost.  He shares our vision, our dreams, and will fight for our futures. I know most of you are already standing, but here’s my mantra: stand up for Americans, stand up with a champion, stand up with Trump.”

The #BlackLivesMatter Cult Returns To the White House

By Matthew Vadum That cop-hating radical DeRay Mckesson and other leaders of the virulently racist Black Lives Matter movement were...