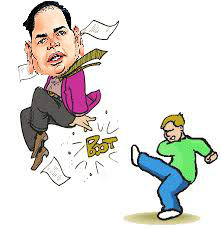 The establishment GOP believes it must stop Donald Trump. Supposedly.

Many in the so-called Republican establishment worry that Trump will lead the Republican Party to defeat and perdition. On Thursday, former New Jersey Governor Christine Todd Whitman called Trump evil and suggested, “Republicans, now is the time to defeat this scourge of our party. We can make America great again by defeating the selfishness, arrogance and bigotry of Donald Trump.” Meanwhile, the Jeb Bush campaign reportedly is considering whether their candidate should openly vow not to support Trump if he gets the nomination.

Most of the establishment, however, seems to be realizing that the field must be culled to beat Trump. Trump will not fall to earth; he will stay right where he is in the polls. The only way to defeat him, then, is to overcome his numbers—his 30-40 percent national numbers are stable, and the only way to beat him would be for the field to consolidate, putting one other candidate at 35-45 percent.

There’s only one problem for the establishment: The only candidate capable of overcoming Trump’s numbers is the candidate they hate second-most, Sen. Ted Cruz (R-TX)

The establishment can’t stand Cruz because they believe he unfairly rips establishment Republicans for insufficient ideological purity. They think Cruz doesn’t understand the necessary deals that must be cut in politics in order to “get things done”—they think he’s more interested in posturing than in achieving practical policies to help Americans.

They will have to put such concerns aside if they want to defeat Trump. The establishment will never be able to convince grassroots conservatives to consolidate around their favorite,Sen. Marco Rubio (R-FL), over Cruz; grassroots conservatives don’t trust Rubio on immigration, and his close association with the establishment does him no favors. So Cruz isn’t going anywhere in this race. And even if Cruz were to drop in the polls, much of his support would likely drip back to Trump. But were the establishment to back Cruz, Rubio would drop away—and Cruz would suddenly top the polls by a long shot.

Without the grassroots conservatives now in the Cruz camp, Rubio has no shot of defeating Trump. That’s not merely because of the presence of well-funded establishment alternatives like former Governor Jeb Bush (R-FL) and Governor Chris Christie (R-NJ), who seem to be slowing Rubio’s rise. It’s because, even if you consolidated their support behind Rubio, Rubio would still trail in swing states beyond Iowa and New Hampshire, where enough candidates will certainly remain to stifle Rubio. Rubio would lose South Carolina even if all the other candidates but Trump and Cruz dropped out. And he can’t wait until Florida for a big win. That didn’t work for Rudy Giuliani in 2008, and it won’t work for Rubio now.

So why doesn’t the establishment get behind Cruz?

To do so would be to acknowledge that they can’t control the grassroots any longer.

The Trump phenomenon has been a grassroots response, not to Democrats, but to Republican “insiders.” In fact, it’s precisely the establishment’s distaste for conservatives like Cruz that opened the door to Trump in the first place. Cruz is popular among grassroots conservatives who believe that the establishment would rather cut deals with President Barack Obama than use the tools at their disposal, including Congress’ power of the purse; they believe that the establishment got moderates Sen. John McCain (R-AZ) and Mitt Romney to the nominations in 2008 and 2012 over grassroots objections.

That sentiment, taken to its extreme, becomes support of Trump, not Cruz—Trump is the ultimate outsider, the ultimate slap at the establishment. That’s why Rubio’s establishment-backing is his greatest drawback.

If they did that, perhaps at the very least the grassroots would begin to trust establishment Republicans as principled rather than as sellouts who preach conservatism while undermining the most conservative candidate in the race.

More Arabs live in Israel than in the West Bank, Palestinians can visit or go to Mecca...   Al-Aqsa for...